OK so I played guitar as well! 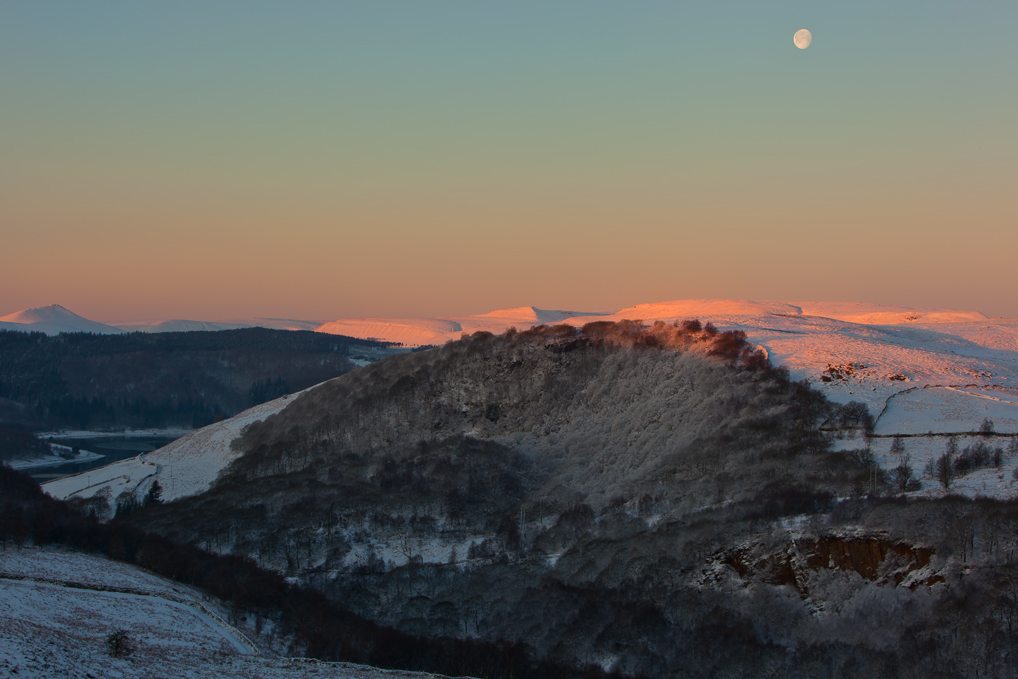 As the title suggest I thought what the hell it’s Christmas I’ll lay my soul open bare and let you into one of my secrets from a past life.

I used to be fairly decent on guitar and played in several rock bands, never I must say with any degree of success, probably cos we were crap..lol but it was fun at the time. The track I have uploaded is from a different life, when I gave up playing in rock bands I tried to put something together that would sell, maybe TV program intro that sort of thing, anyway me and my mate Pete who is/was a great singer put a 4 track together and this is one of the songs, I Wrote the music, played guitar and co wrote the lyrics with Pete.

Have a laugh anyway

Just a quick thank you to my friends and customers who have helped make 2011 a great year for me and my work, I really appreciate it and some special people have helped put work my way too, so thank you. 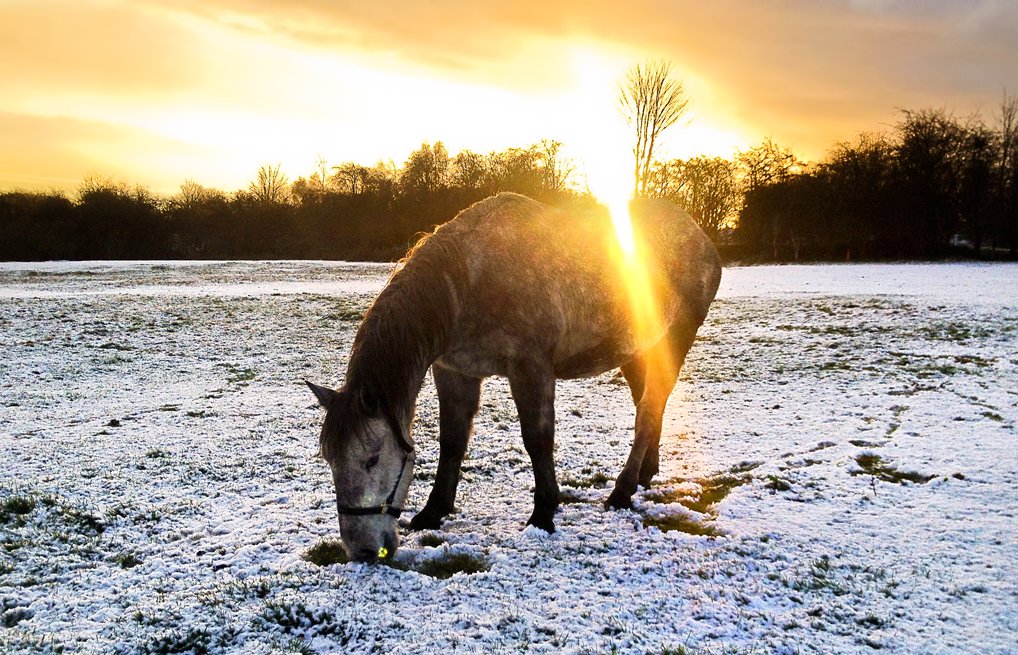 Hey its been snowing. yipppeeeee its managed to get me in the Christmas mood at last Woke up this morning and heavy snow was falling, I looooove snow and so does Stormy, managed to get the car out and drive Jo to work.

Just been for a snow walk with Stormy. we are lucky enough to have some lovely countryside on our doorstep. Literally 100mtrs away we have a disused canal and the River Dearne along with relatively unspoilt grassland with horses  and wild ponies roaming free. I didn’t take my camera today but I did have my iPhone, gotta love it as it gives great pictures like this one, suns rays just reflecting off her back. When I had finished checking the shots it the pony came up behind and snuzzled me, and Stormy gave her a kiss….if only all life was like this!

Waiting for deliveries today and prints to get ready for clients plus a bigger snow walk later if it stays long enough…Stormy was a naughty girl at training class last night so I need to “up her game” as it were, she wouldn’t stay all the time when told, doesnt seem much but it could save her life one day when we’re out in the wilds, you never know. 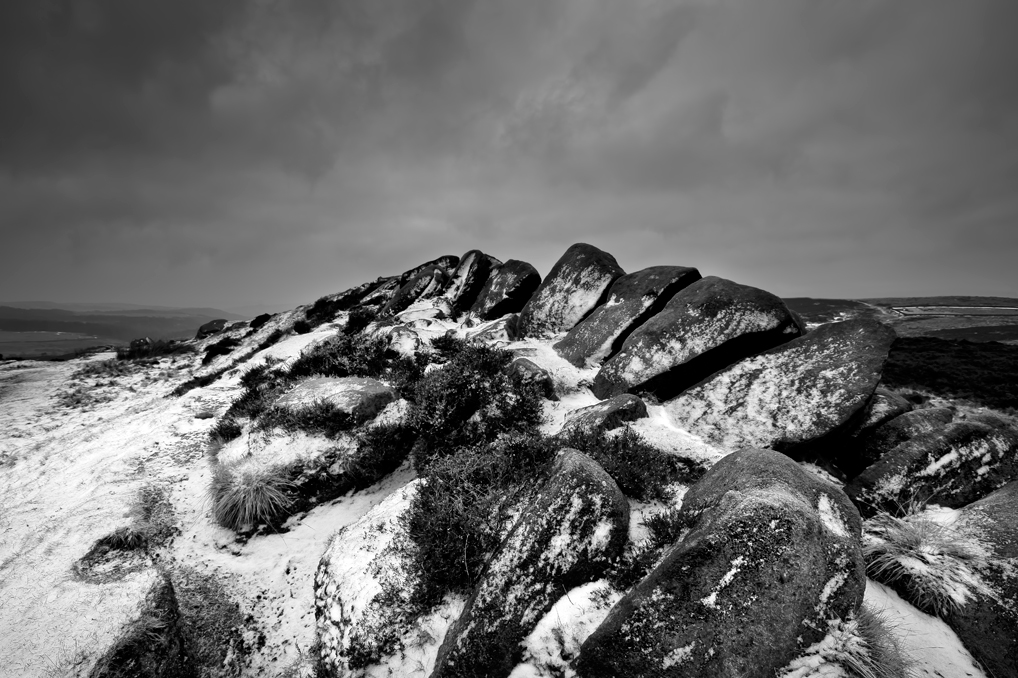 Another black and white conversion detailing winter in The Peaks, Carl Wark is allegedly an iron age fort and is unlike any other found in the north of England. Standing there you certainly get the feel of a timeless landscape and very little signs of modern man’s interference and destruction. The wind blows freezing across the moors a sleet and snow pepper your face as you try to hide and stay warm. How on earth the ancients managed to live in these conditions I can’t believe or is it that we have become too soft and used to our comfortable central heating and slippers?

Ah well coffee time and getting prints ready for customers, at least it’s Wednesday, half the week gone and we’re getting close to Christmas, starting to get in the mood a little now….ho ho ho! 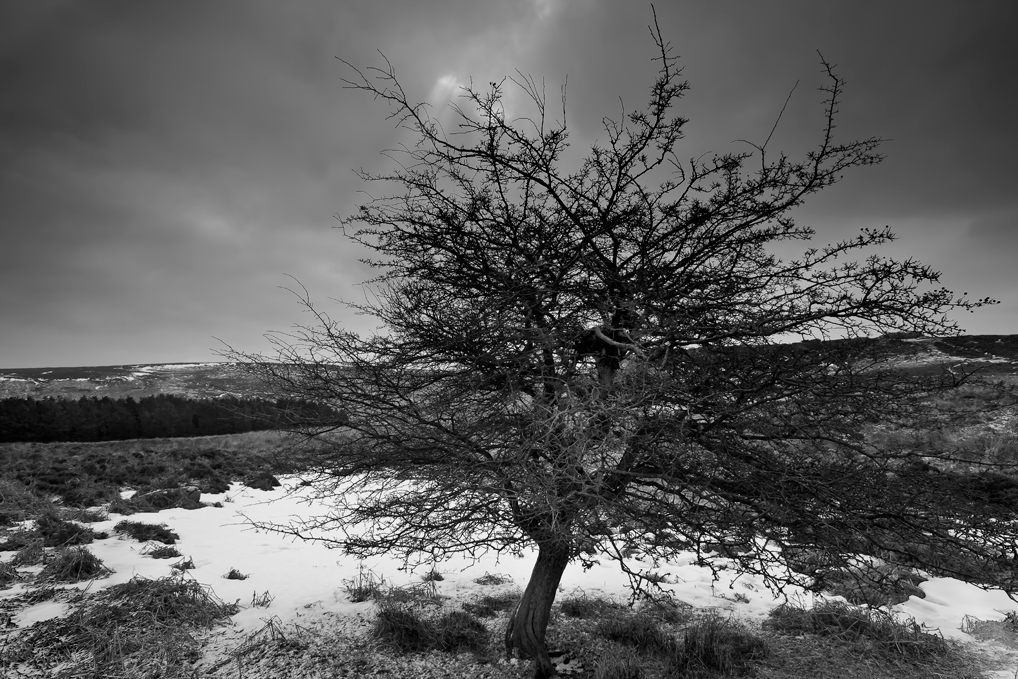 A very bleak day out in The Peaks shows this weathered tree crying out for some B & W treatment, heavy snow clouds looming in form the rear, my first forage into this format, quite pleased with it and I like the contrast in the sky and clouds.

Weather forecast isn’t very nice for today or this week, blustery gale force winds, wintery showers……looooove it, got my winter gear all ready to go, 4×4 fueled up and husky champing at the bit, now do I do coast or moors?

Saying that I have a few prints to get ready and it’s nice and warm in the house, I know light weight! but you can guarantee someone will call for some work doing.

Have a great Tuesday all 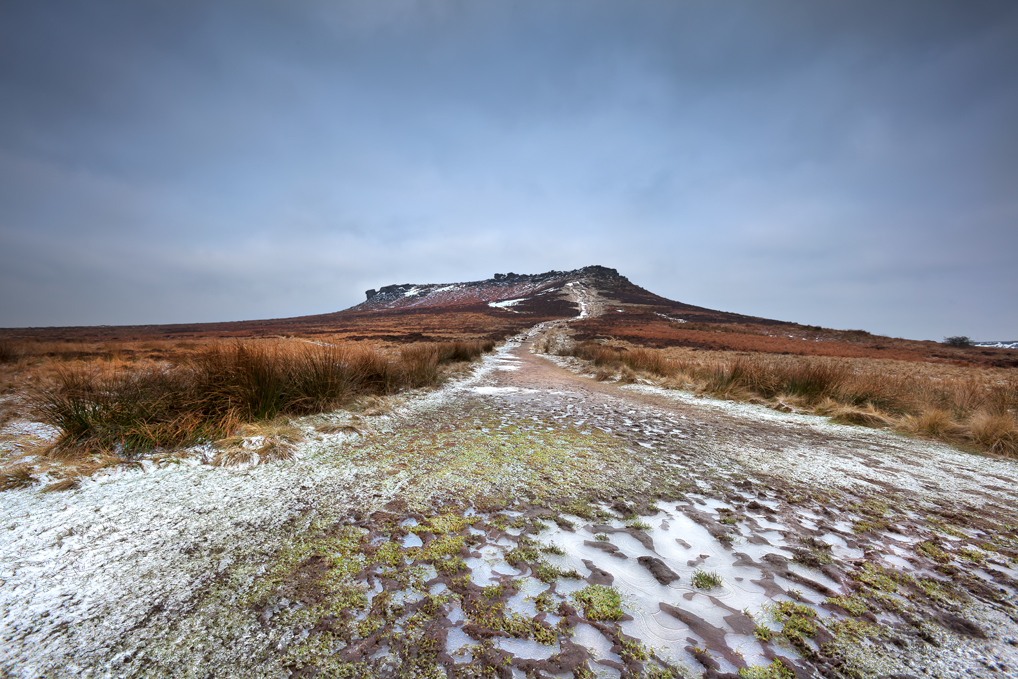 Well its that time of year again, Winter is well and truly upon us, there are met office warnings of gale force winds and snow in Scotland….its so nice to be in a warm house with a mug of coffee and a furry husky by your side…I do hope she doesn’t want a walk later! Stormy was a very good girl at training class last night, though she was a little hyper, think she gets it from me.

I am now ABIPP accredited, I went to Aylsebury on Tuesday and had to present my portfolio to a panel of peers from the British Institute of Professional Photographers. It went really well and they gave me some great advise for the future and a super idea for a new project that will take me a further 2 years to complete, its so nice to rest for a while though as this has taken me nearly 2 years already to get this accreditation.  A very big thank you to my supporters out there you know who you are, very much appreciate the purchases over the last 2 years.

A very special thank you to Peak Imaging Ltd for their continued support and superb print quality, perfection every time, cheers Lee.

Also a couple of special of friends, Glyn in Germany and Alison in Spain, thanks for keeping it real. And Steve for the great help in Photoshop and Peaks Photographic companion as well as Workshop training partner.

By the way for those who thought the title “Wark” was a spelling mistake for “Walk”, it inst, it is of course Carl Wark Fortress looking up towards Higger tor….. Just me trying to be clever!

Sometimes you just have to! 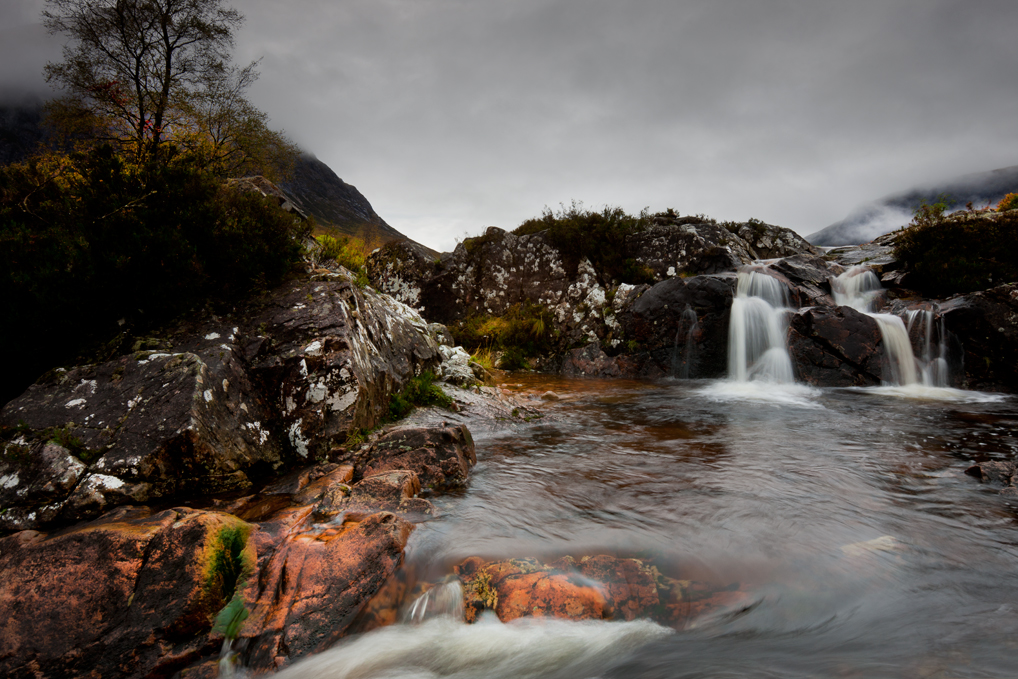 Although I appreciate that sometimes you cannot avoid putting your tripod in the holes of  a previous photographer,  I hate with a passion seeing the same shot over and over again on sites,  The Peak District has and is being done to death with scores of the same shot and heavy footed togs disturbing the natural landscape. I have purposefully left the Peaks to these guys while I research new and exciting avenues of photography within the area. I hope to come up with some uniqueness in my work as I do now with my current work.

This shot was taken on Buachaille Eite Mòr, Glen Etive area and although I am guilty of the traditional shot of the peak etc etc I turned my attention to an angle or point of view not commonly seen.  I had to kneel in the icy waters to get this shot, believe me not that easy as there is quite a drop behind you into  a plunge pool and whilst carrying 2st of gear I wouldn’t rate my chances!

It does however give I hope a smooth flowing feel from right back to left front with the addition of the storm rolling in from the north, the peak to the left shrouded in mist, it made the odd appearance later on.

We have some snow here in Barnsley today, took Stormy out for her constitutional at 7am and we skidded round the block until we got down by the river and canal, just looking out of my studio window now, the snow is falling again as my conifers bend with the icy wind…….

Long drive tomorrow to Whitchurch, Aylesbury, hope it doesn’t snow too much tonight, I know they have forecast a big freeze so I’ll pack some winter gear in the car and take a flask I think.

Wishing you all a great week all, so pleased they are now playing Christmas songs on the radio and we have our light on too, my fav time of the year for sure, waiting for neighbours to catch up as we’re the only ones lit up…lol looks like Santa’s grotto
Adrian 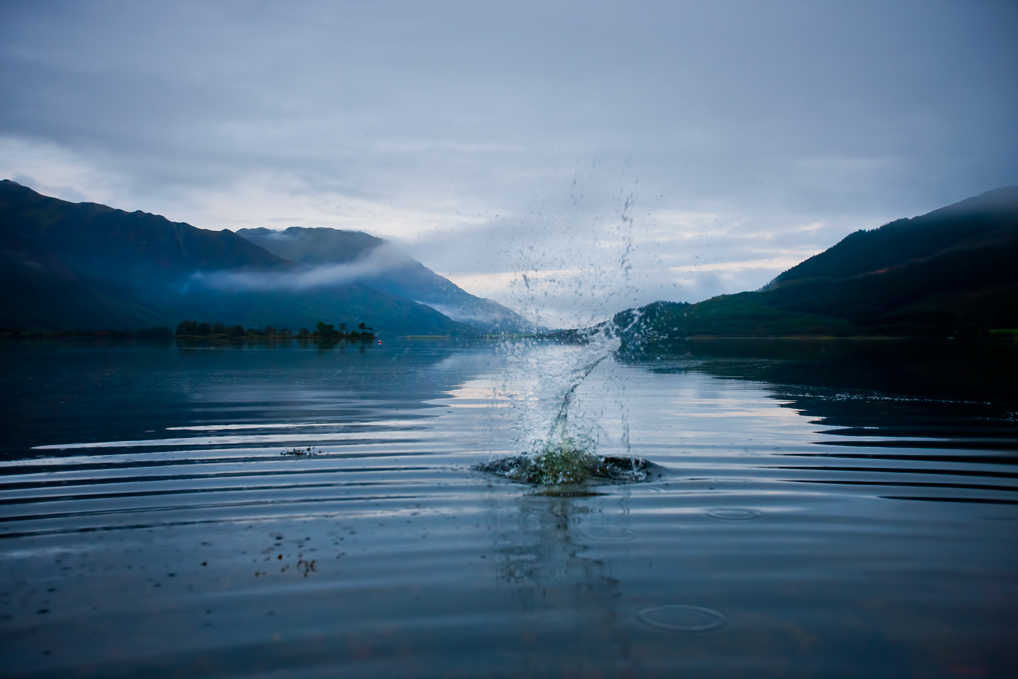 Sun is shining, I got a job on later this morning then hopefully off to the peaks this afternoon for sunset shoot with a mate.

This shot Vort-X well nearly! camera on tripod, filters on, hi ISO 1000 lens wide open f2.8, speed 1/1400 wack a rock in and hope for the best…my god sounds like Jamie Oliver, now there’s an idea the Jamie Oliver of photography, taking it to the masses, showing all the smoke and mirrors…ok ok I’m going too far now I know but if I can encourage and inspire one person to take up photographer by dispelling all the myths and giving tips that work then its all been worth it….oh and it’s nice to sell too.

Hope you all have a wonderful weekend, if you’re off shopping, GOD HELP YOU, bet it’s madness out there

Me its a hair cut and painting the TV/Chillax room….Such Fun! 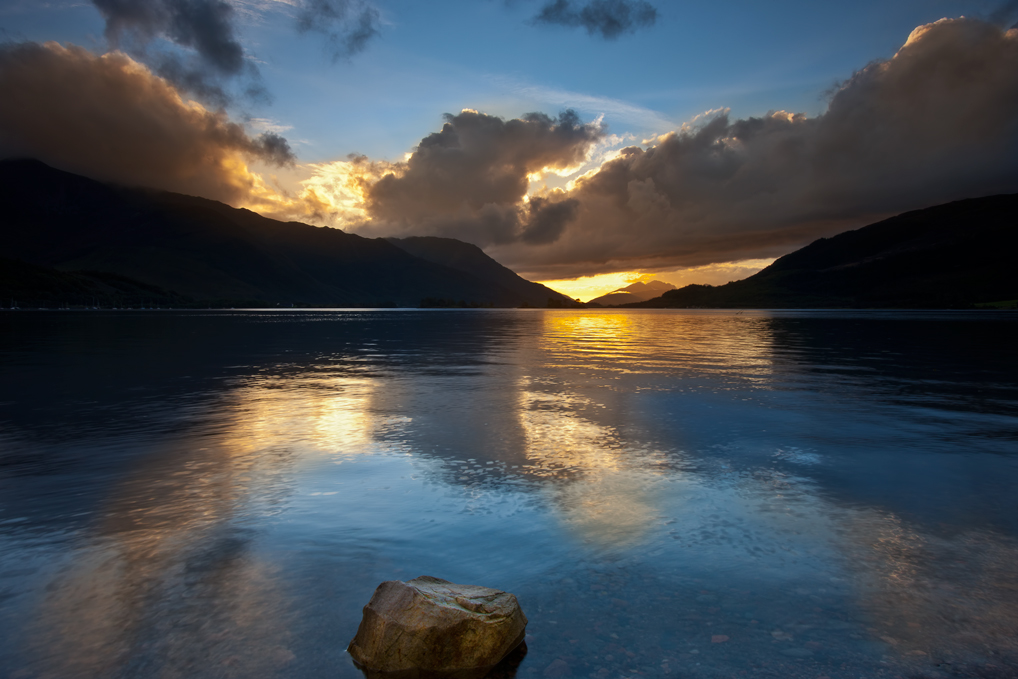 It’s official, Christmas in on its way!

I wait all year round for this, I know its and anti climax and all that but this is the part I love most, the build up. Jo put the trees up and got part of the house ready yesterday while on strike, bless her,  and I never tire of hearing the Christmas songs on the radio apart from the bad re make versions of band aid “do they know its Christmas”

Got a houseful coming this year for dinner so it will be great fun, Stormy will be in her element with all her pressies to open, remember she’s our fur kid and gets treated better than one….and me!

Funny though how at the same time as being excited  about December and Christmas I cannot get missing Mum and friends out of my head, must be a guilt complex or something but we go through it don’t we, what right do have to be happy! I know my mum would say “every right” now get on with it….

So today’s image is dedicated to December, my mum Kate and Richard who was my mate, business partner and brother in law