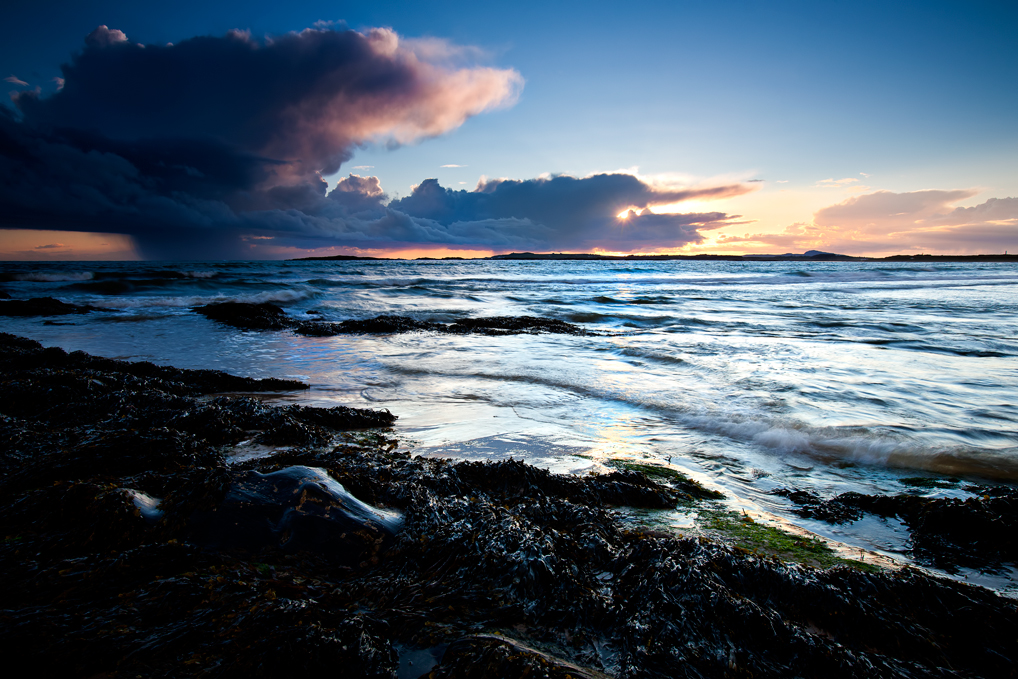 Its Monday and the day is off to a gloomy start so I thought lets brighten it up with a Storm Cloud Sunburst seascape.

I very nearly didn’t bother going to the beach this night as it was raining so heavy, I thought it would never materialise into anything, in the end it was one of the most spectacular sunsets with storm clouds I have shot. I will be posting at least 10 from this shoot which is a rarity to get so many quality images out of a single shoot….. I only ever aim for one, I know it sounds daft but if you get just one salable image then the journey has been worth it.

Again as I stood there I couldn’t believe that people were in watching  TV when they could witness Mother Nature at her best, I know where I would always prefer to be.

Lots on this week so I’ll post when I can. 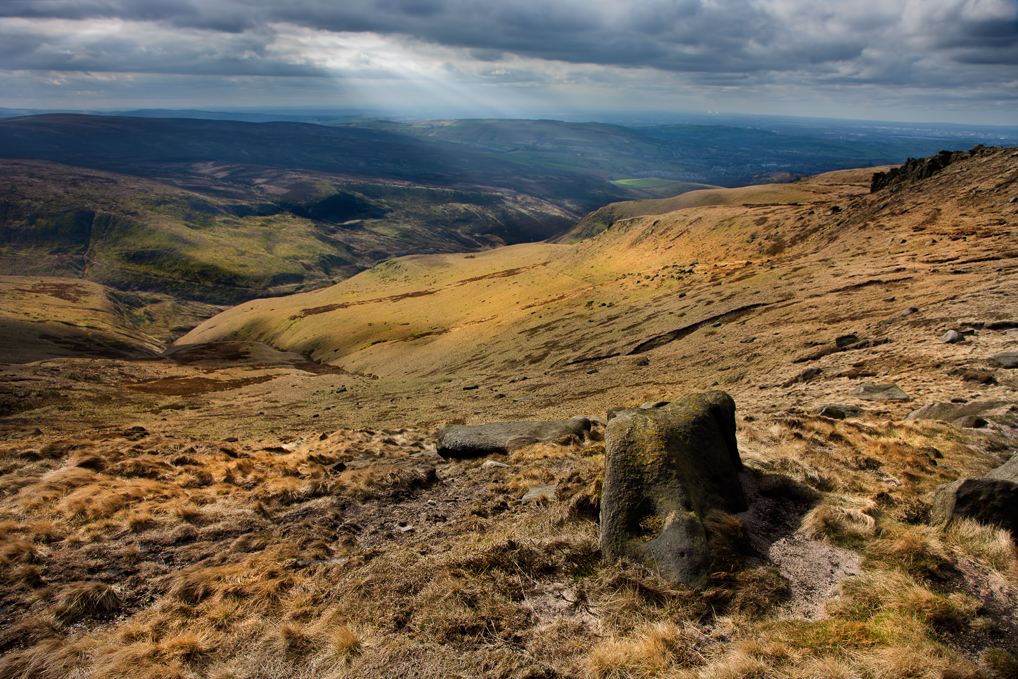 A very windy image from high on Shelf Stones Bleaklow in The Peaks, I did shoot a little video of this as Stormy was battling to stay upright as she was buffeted by the gale force winds, soooooo funny, I’ll try and load it later.

Subtle breaks in the clouds gave me a chance to capture a few rays hitting the moors before we made a hasty retreat down behind the stones into relatively calm conditions. To say spring is here it was icy cold too, thank goodness I took all my weather gear with me…Stormy wasn’t bothered and just took it all in her stride, I guess she’s good to -50 without worrying about putting on an extra layer, amazingly her coat works the opposite in heat and reflects the sun, she happy at 20+ or 20-.

Well its summer hair cut day today, No4 here I come, taking my hat just in case it looks that bad!..lol Don’t know why but I have got to the stage where I really don’t give a proverbial about my hair, too much messing with gel etc etc, off with it!

nearly Friday, hope you all have a great weekend 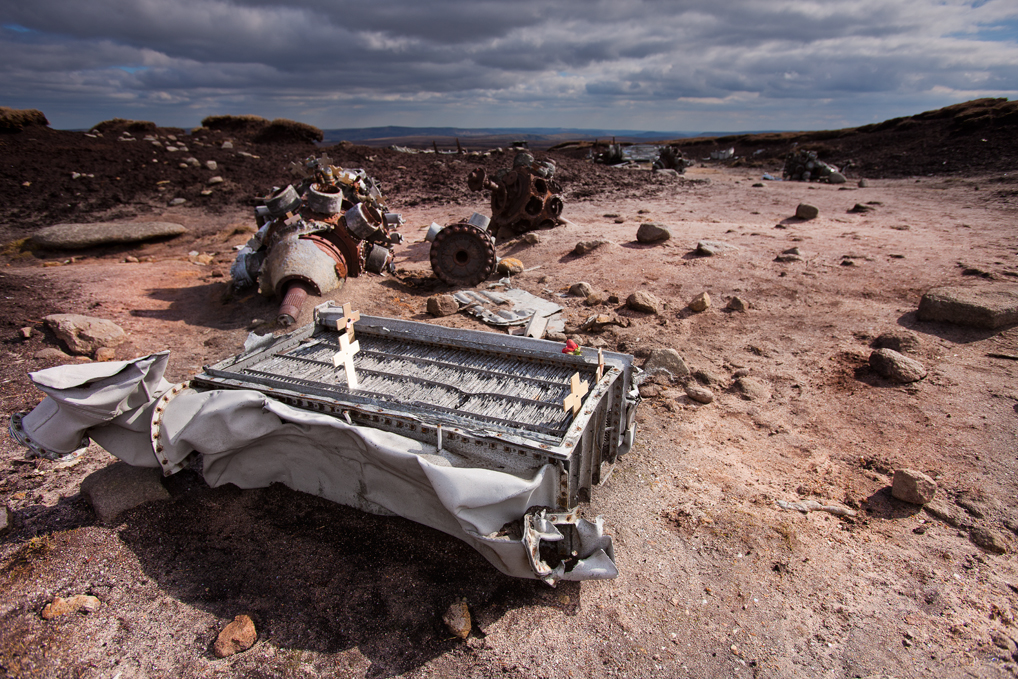 Had a wonderful walk with Stormy yesterday, trying out my Nav Skills with compass and map… very pleased as it was our first time out this way it worked perfectly, lead me straight to my target SK 09042 94912 which is just east of Bleaklow Trig point on Higher Shelf Stones, takes aprox 50-75 mins walking depending on your fitness but nothing too strenuous. you do have to beware the peat bogs much to Stormy’s dismay, she did the full on Vicar of Dibley, thought it was a puddle and finished up neck deep in sludge and dirty water, course the little love then shuck this all over me!

Superfortress B 29 “Over Exposed” was only a 25 minute trip from Scampton, Lincolnshire to Burtonwood USAAF base, Warrington, England.

When Over Exposed failed to arrive at Burtonwood an air search was initiated, and that afternoon blazing wreckage was spotted high on the moors near Higher Shelf Stones. By chance members of the Harpur Hill RAF Mountain Rescue Unit were just finishing an exercise two and a half miles away, so they quickly made their way to the scene of the crash but there was clearly nothing that could have been done for any of the crew 13 Died. It is doubtful they ever saw the ground.

A place that’s not only spiritual but also has a beauty about it, weird to say but you feel an affinity with the lost souls up there, as the clouds dominate the skyline and the freezing cold wind whips against your face you can hear faint whispers of voices but not in a fearful tone.

Below is a shot of the Trig point itself, after a little muddy walk from the wreckage you feel the full force of the wind as it whips up the valley from Glossop below.

very much worth a visit and a most enjoyable and memorable walk.

Bleaklow is a high, largely peat covered, gritstone moorland, just north of Kinder Scout, across the Snake Pass (A57), in the Derbyshire High Peak near the town of Glossop. Much of it is nearly 2,000 feet (610 m) above sea level and it is the source of the River Derwent. 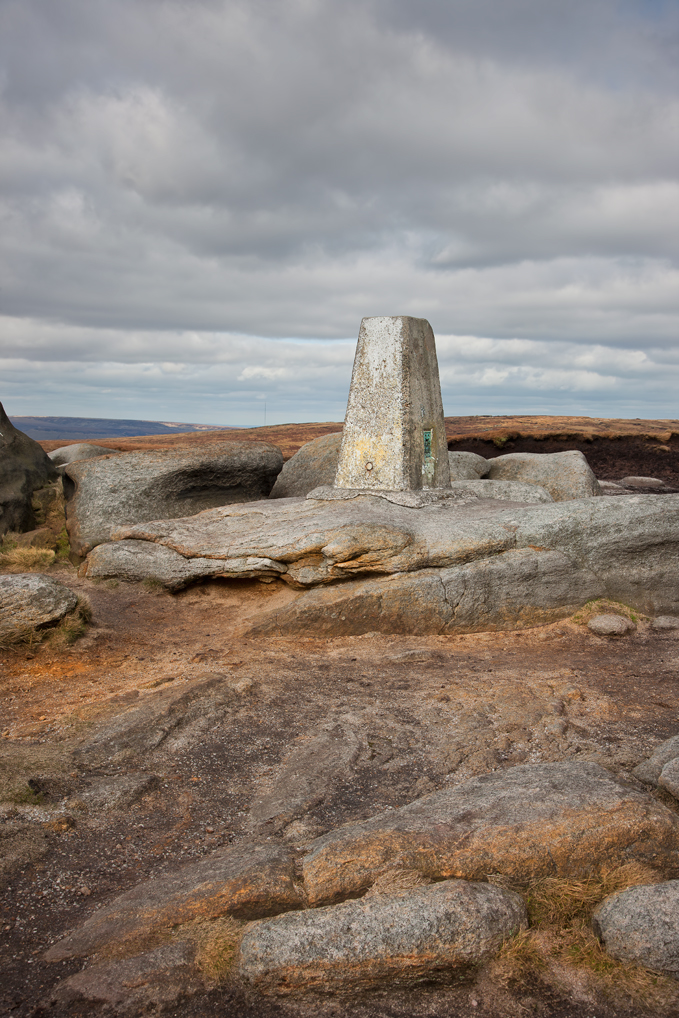 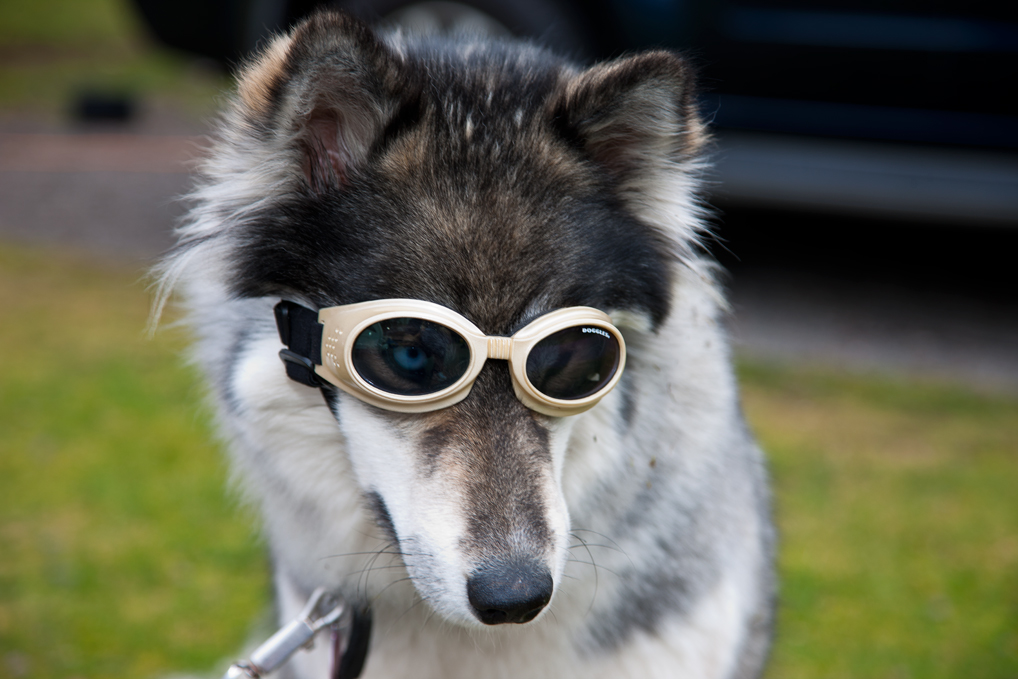 Had a great weekend away with Sid my big sis and her hubby Dave, managed a couple of runs too which is great for me not too much back ache at least and the bug bonus the weather was lovely for a change.

This is the first of a couple today as I though Stormy in her goggles well “Doggles” ought to have a post of her own. She was a little put out for the first 5 mins then took wearing them in her stride. Now the others said “what use are they”, “they’re  silly” etc etc, but after a 6 mile bike ride with Stormy running at my side they were caked in dust, mud and grit so I think it’s money well spent and an investment in her gorgeous eyes! what do you think…….??

Not only cooooool but very practical, I think she may like some in other colours..hhmmmm 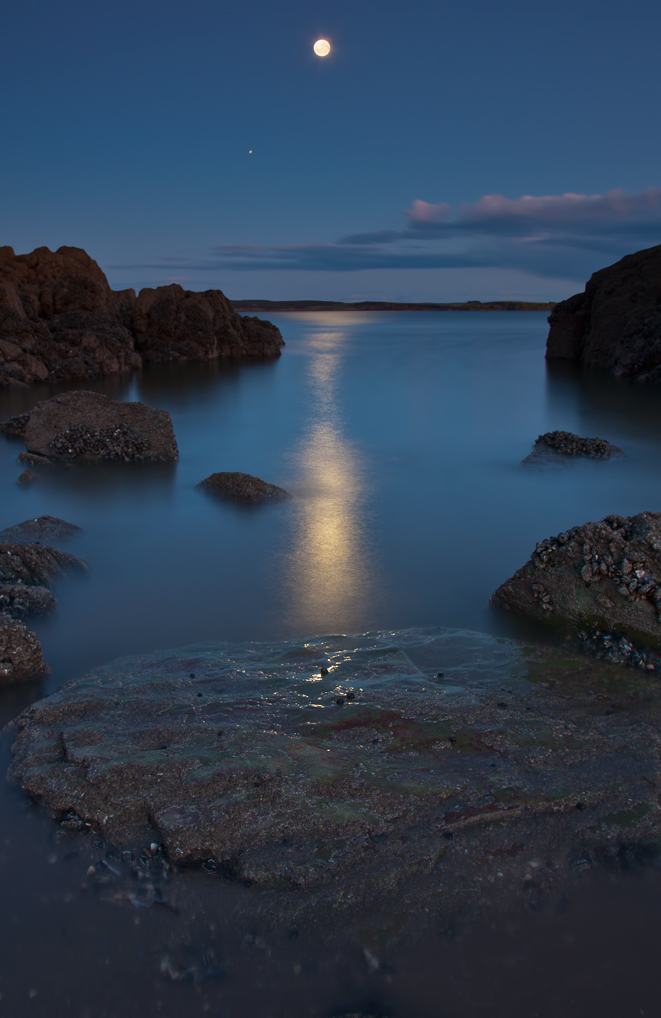 Not sure just how much more cheesy I could get with a title, think I may have hit my limit..lol anyway it says it all it was near as darn it midnight and it was in Mossyard one of my Scottish togging grounds. I had waited patiently all evening for this shot and the clouds kept obscuring the moon right up until I think it was 11:40 ish. I think it was worth it and I’m very pleased with the results.

Away for a Clumber Park weekend again tomorrow, looking forward to some bike riding with Stormy by my side, she has some new goggles well “DOGGLES”  to keep  debris out of her eyes as we cycle through the woods picture below….no doubt she’ll steel the show with my picture above but I don’t mind she’s more important than me for sure….

Please ignore the poor quality image of her it was a rush iPhone snap in the dark of our kitchen. You can see how impressed she is with them..hhmmm the jury is out! 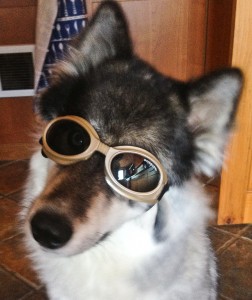 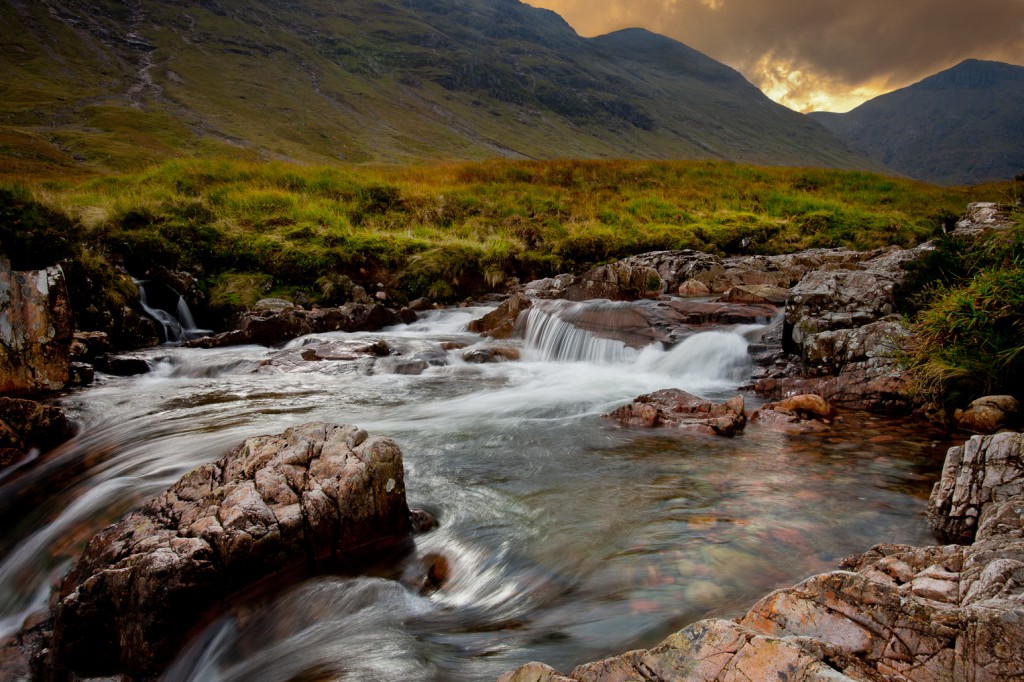 Glen Etive is quite a long but safe walk, not too many inclines and when you’re carrying all your camera gear it’s certainly a help. There are a series of these waterfalls well streams some better than others along the way. As we walked into the Glen the setting sun was overshadowed by heavy storm clouds coming from the south. Thankfully they never took hold and for once we stayed relatively dry.

Made up with cold  today so it a “stay in and process day” I was looking forward to a trip out with Stormy…..looks like The Fleets again, mind you I cant complain, take a look below, its a 5 min walk from my house and Stormy loves it. 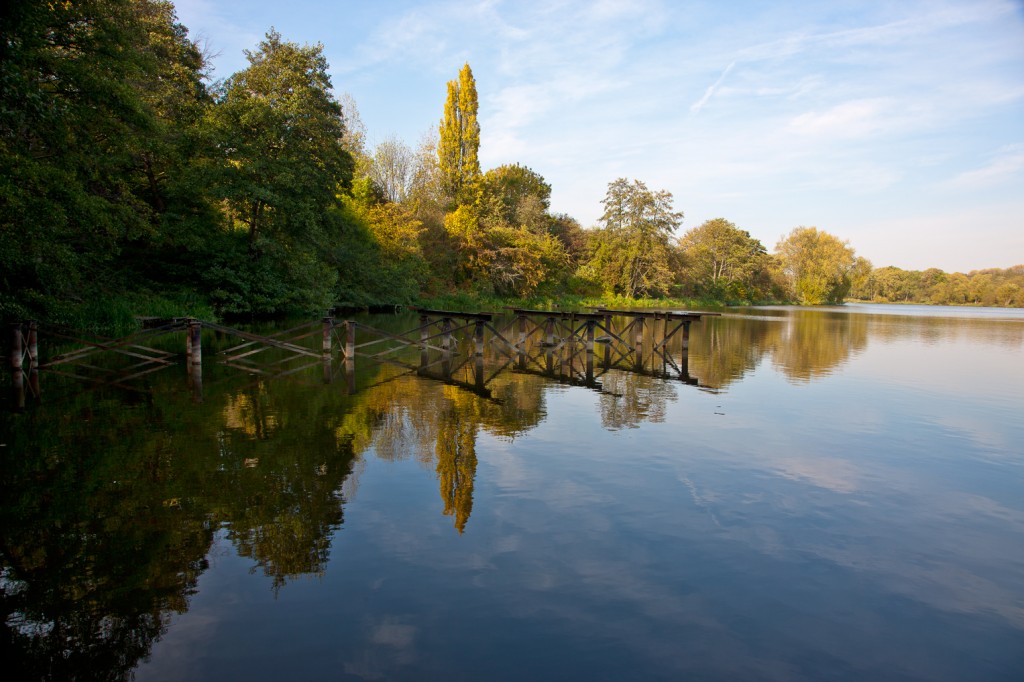 Think I’ll drive down though and save my energy for 2 laps with Stormy, hope I’m well enough for doggy training tonight. 🙁 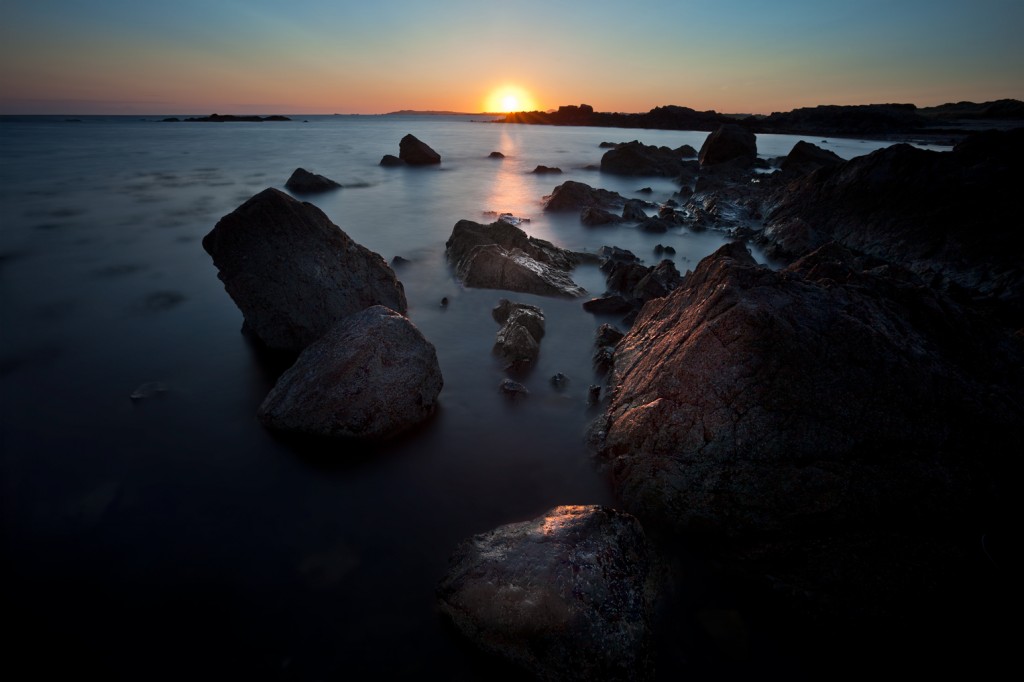 Last post until I get back from Wales so I thought I’d leave you with this idyllic sunset at Anglesey, bit of a dedication here for a friend Alan who recently lost his best friend and instead of sending flowers they donated to  the Woodland Trust and Macmillan Cancer Support, 2 fantastic organisation, so God bless him and remember the Sun comes up too.

Well in preparation for our trip I cleaned the car  and it threw it down, then I washed the caravan and it was a torrential downpour, I  daren’t cut the grass for fear of tsunami or earthquake….!

Wellies and waterproofs at the ready, Stormy has packed her little nap sack, chews, treats and pooh bags neatly tidied away, please let the sunshine for once, I have never set off and made it to Wales with a clean dry car, maybe OCD but I do like a clean car.

Have a great week all 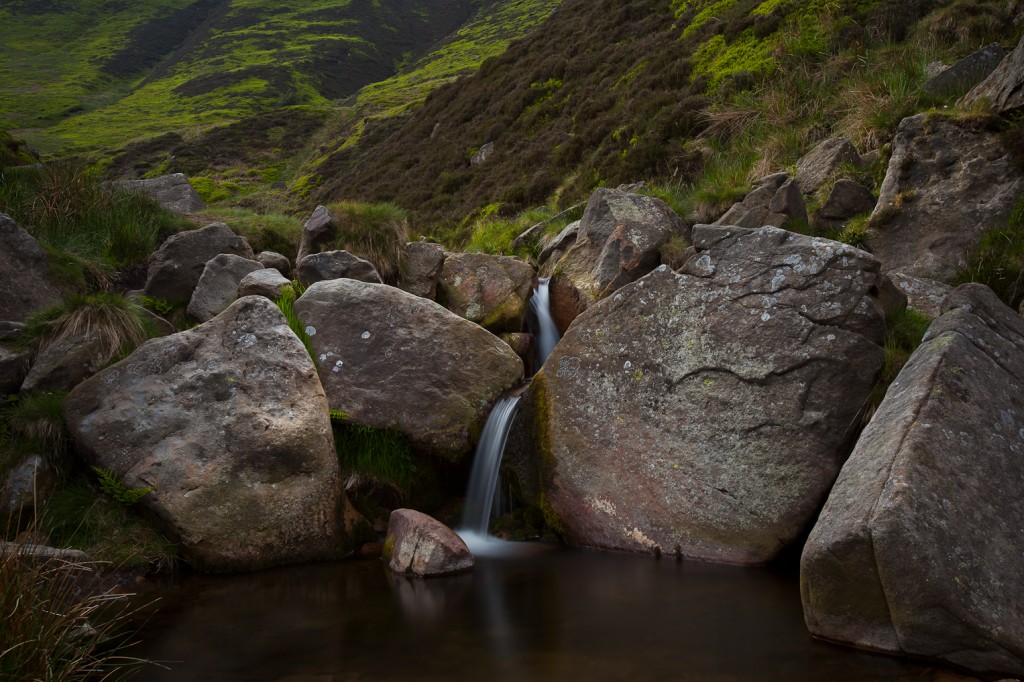 Thursday at long last, even with a bank holiday the week seems to have dragged.

Second shot from Edale as the stream flows through the huge boulders cascading into drop pools of ice cold crystal clear water, perfect for cooling your feet after a long walk.

Second shot is of Stormy out walking yesterday down by the river bank, as Glyn says, she’s either had 4 pints or run 10 miles..lol

Have a great Thursday 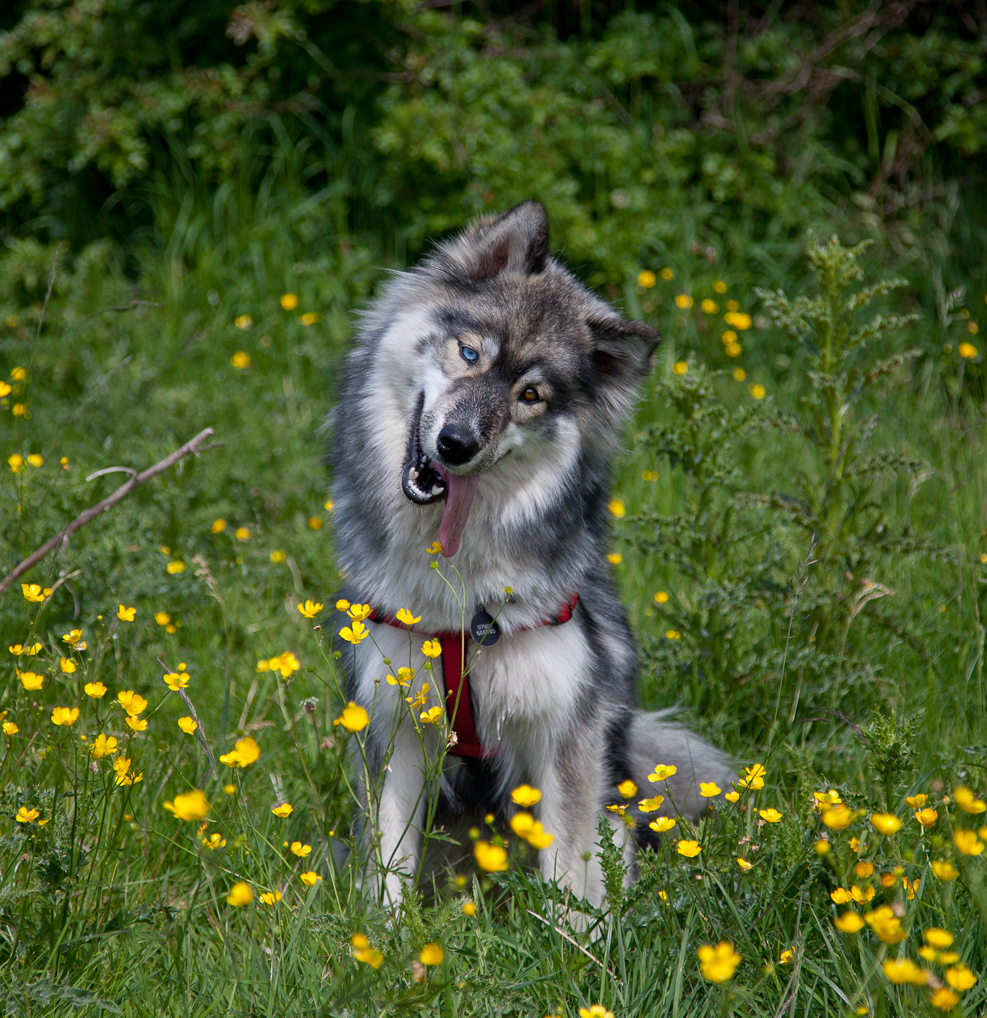 Storm in a Buttercup 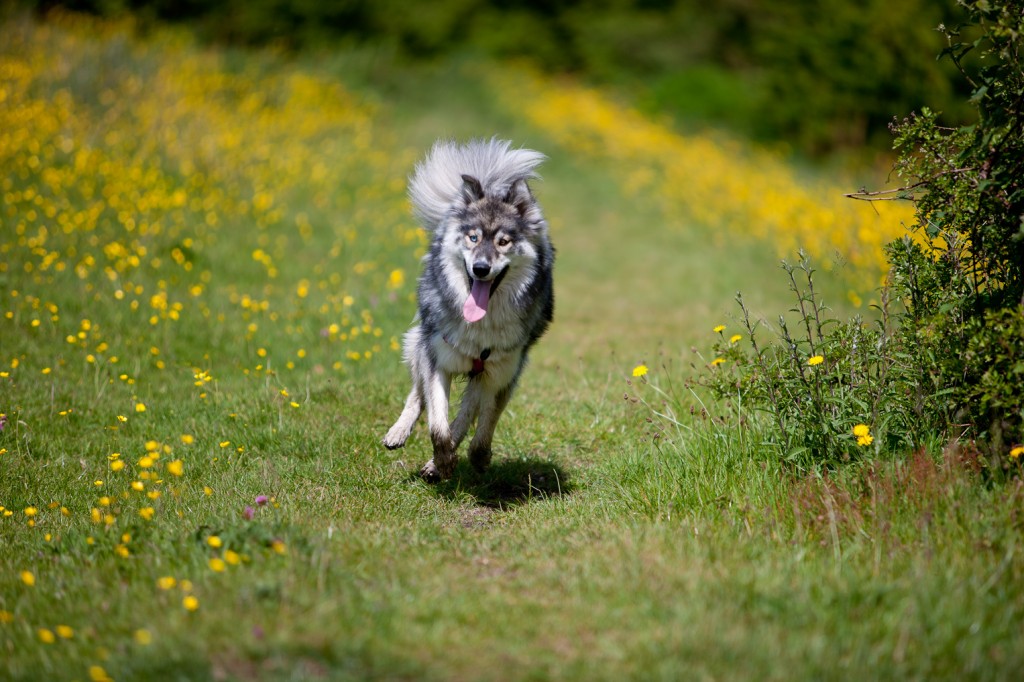 Stormy In A Buttercup

just had a lovely riverbank walk with Stormy, she played with the horses and chased butterflies and bees and most importantly came back when I whistled her…bless her

Nearly finished malting for summer, thank goodness, (Stormy that is) we have a full and I mean full shopping bag of compacted white fluffy fur, I have heard it’s good for duvets and pillows so we’ll hang on to it.

beautiful sunshine with a slight breeze, and its going to get better, Peaks Thursday 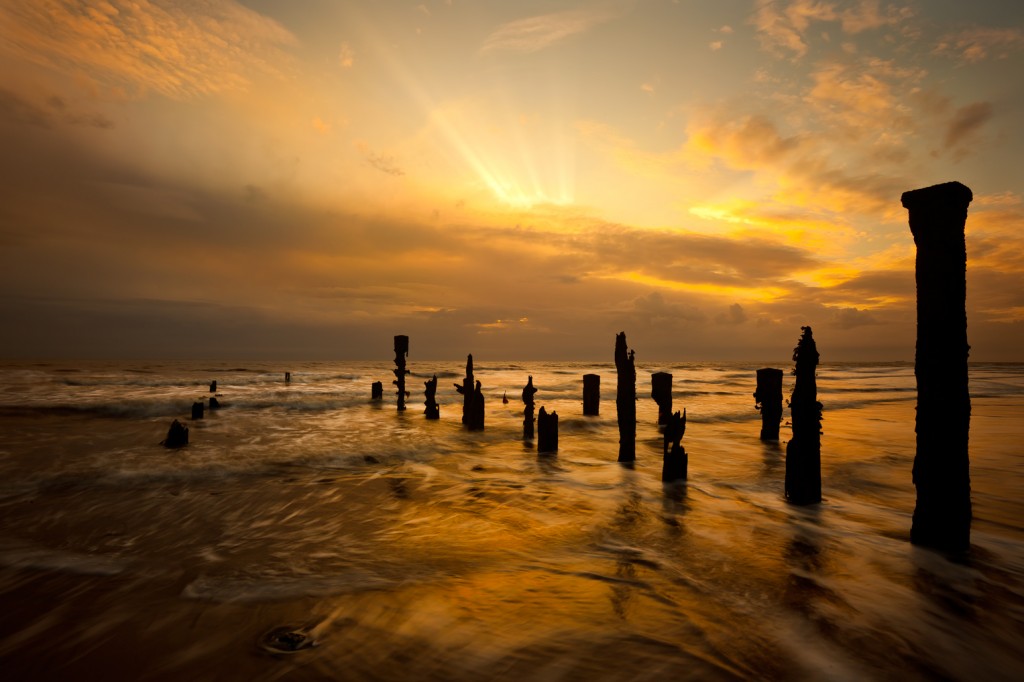 Thought I would make Wednesday a brighter and more uplifting day  with this shot I took a little while ago at Spurn Point on the east coast, the suns rays just making a guest appearance through the morning clouds are they are burnt away. The old wooden breakers standing guard against the tide and protecting the beach against the seas advances.

It can sometimes be a little eerie as the wind whistles and whispers through the breakers, but the sight of that sunrise kissing the sky soon makes you feel at ease and safe.

Out in The peaks tomorrow doing hopefully a star trail sequence with Stormy, weather permitting

have a great day