Where Have I Been All This Time 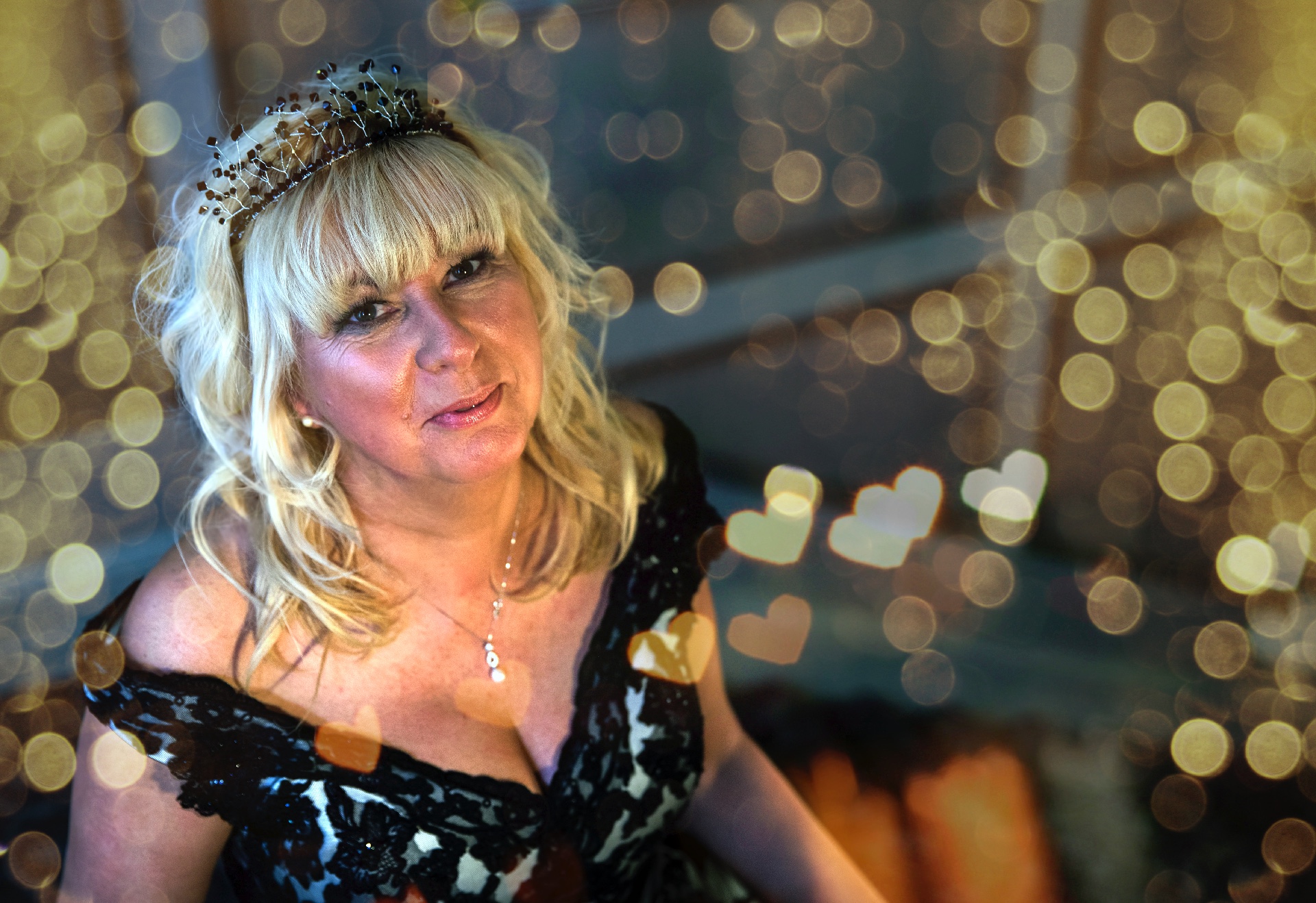 a few updates to what i have been up to lately and why the absence too.

everyone that knows me knows my father Alan has dementia so it’s been taking most of my spare time up lately visiting the care home, hospital visits, you name it, it’s not something you would wish on anyone to endure or be the ones that care for the person living with dementia.

I have also been very busy with my Somewhere in Time exhibition at The Civic, Barnsley. We had a fabulous opening on the 22nd April, I made a speech,  Councillor Tim Shepherd told the story of his mothers dementia, very moving, lifelong friend entertainer, poet and all round top fella Ronnie Steel read a couple of his poems he kindly wrote for me, Grandads Boots being my favourite.  The Mayor Barnsley Councillor Linda Burgess did the official opening and shared her experiences with her own mother and dementia as well as dementia being her chosen charity this year. 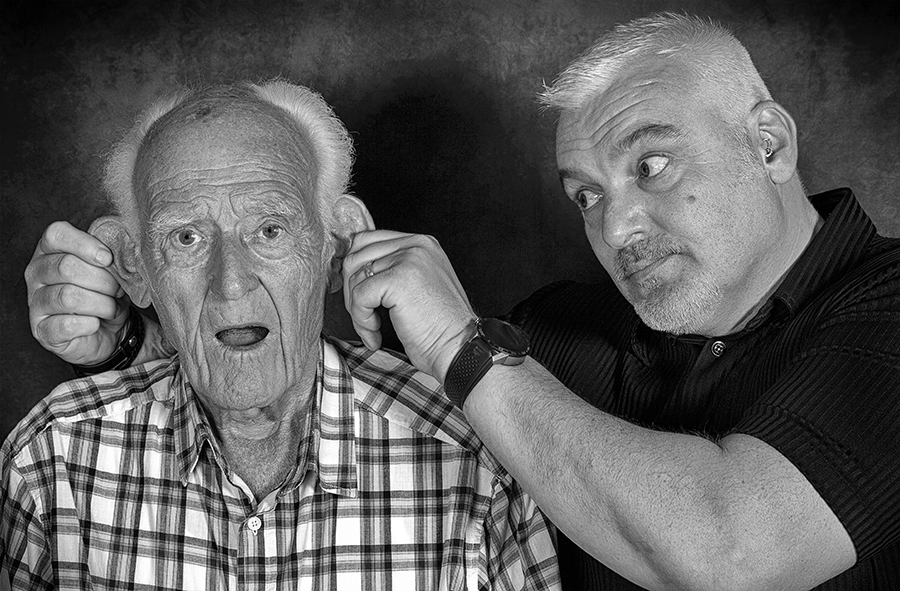 We’ve also started doing a video with my friend Dan, a top videographer and together we are now producing high quality videos for business promotion, wedding, event, music, web and aerial with my PfCO CAA license.

The wedding of Elizabeth and Michael in Leeds City Centre at The Met Hotel was a fantastic success, very emotional for everybody and love was certainly in the air, I had the best time working for them, assisted with Wayne doing my lighting, it was a very long day but we gave them everything they requested plus a lot more including a fully edited video.  one day prepping, one day shoot and three days editing stills and 3 days producing/editing the video. We certainly worked hard for our clients on this one. Great result and very happy people. 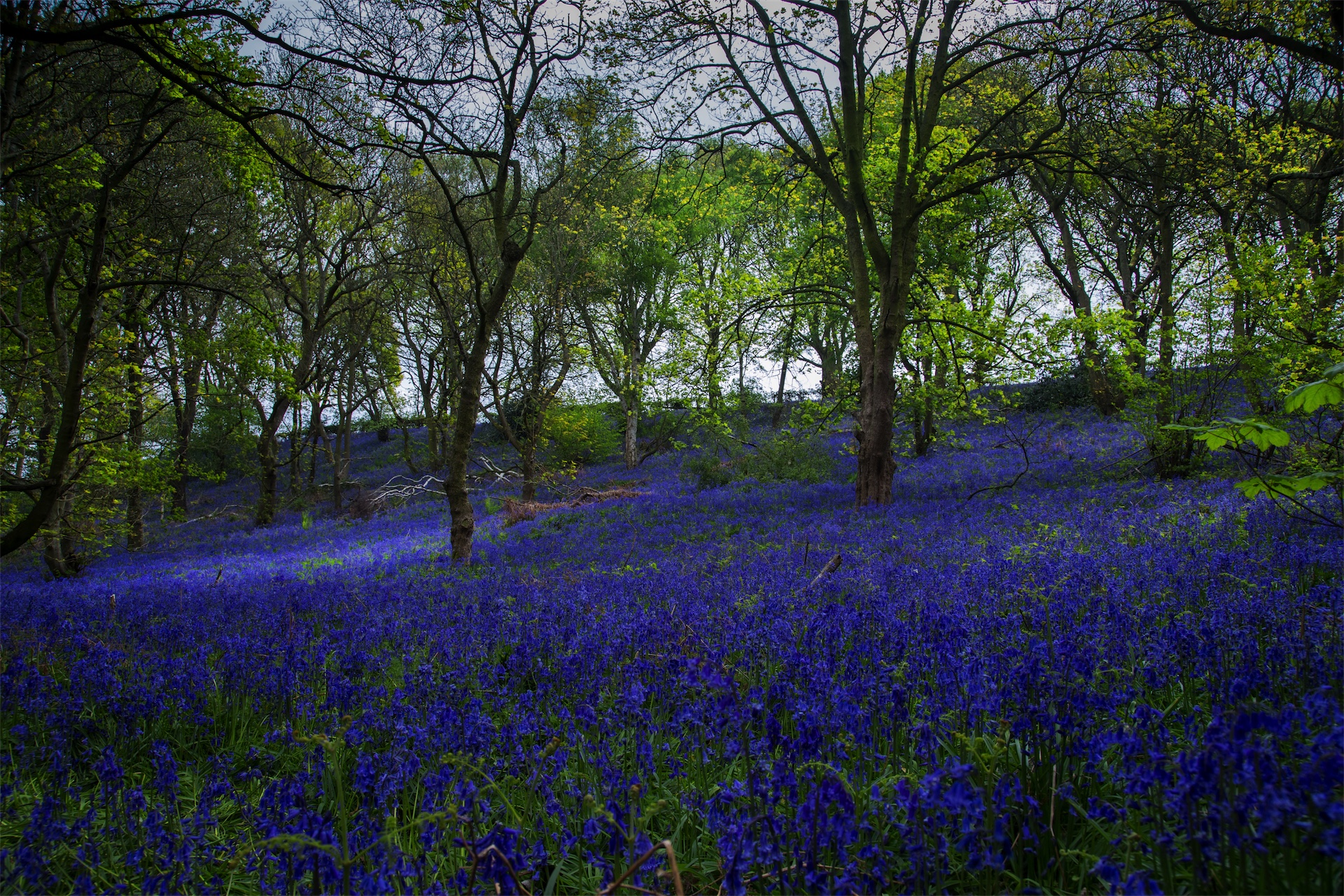 A commission shoot saw myself and Wayne heading into private woods in search of bluebells. It was to show what wildlife, flora and fauna would be devastated by the HS2 rail project close to the M1 corridor in both Derbyshire and South Yorkshire. We did about 10 miles walking with full camera kit bags but were blessed to have witnessed the most beautiful bluebell woods either of us had ever seen. Wild deer, rabbits, pheasant and numerous wild creatures and birds habit these areas of outstanding natural beauty, would be such a crime to have these destroyed just to save us time on a journey.

We have also done a shoot for the UK melodic rock band Ten, the album titled Gothica will be released on the 7th July so I can’t post any images just yet, I will say though they are some of my best work as is the alum the best of Ten’s work, stunning vocals with awesome guitars held together with the tightest of drums, bass and brilliant keyboards, I would recommend buying this at your earliest convenience, it’s going to be MASSIVE for them.

We have also been doing our Dementia Dogs visits to support groups throughout Barnsley, they are a huge success and I’ll be posting more info as things progress over the coming weeks/months, we have some great plans in the pipeline.

Well I finally finished it, this is the new Wales – Seascapes and Water 2011 video, taken me a while to get right as it’s always a little more fiddly when you have lyrics with music.

The music is courtesy of the fabulous Pendragon (special thanks to Rachel) with the wonderful tones of both voice and guitar of Nick Barrett, I am so very grateful for this, the track is so very special to Jo and myself and brings back so many many happy memories of times and places in Wales with Timba the Timberwolf/Husky cross who gave us nearly 15 years of happiness.

I was fortunate enough to be photographer for The Classic Rock Society on Pendragon’s final show of their European Tour promoting the amazing new album “Passion”, without doubt the best show and sound quality of any band I have seen, one of the most polished performance bands in the business and a must to see if you love Prog Rock at it’s very best.

I am currently changing part of my permanent exhibition at Barnsley Central Library and the 1st floor shots will be swapped for new seascapes while the downstairs main exhibition will remain Peak District. I will also be starting to compile the  book “One Tog and His Dog” video to accompany the book as well.  I’m determined to knock out at least 3 pages a week, it’s so easy to get writers block, the images flow but transferring the visual emotion into words is quite difficult without going in too deep, perhaps I need a ghost writer. I also need a poet if there are any out there for a project?

very best wishes to all who have encouraged and supported me during the Seascapes Project 2011, far too many to list but you know who you are. 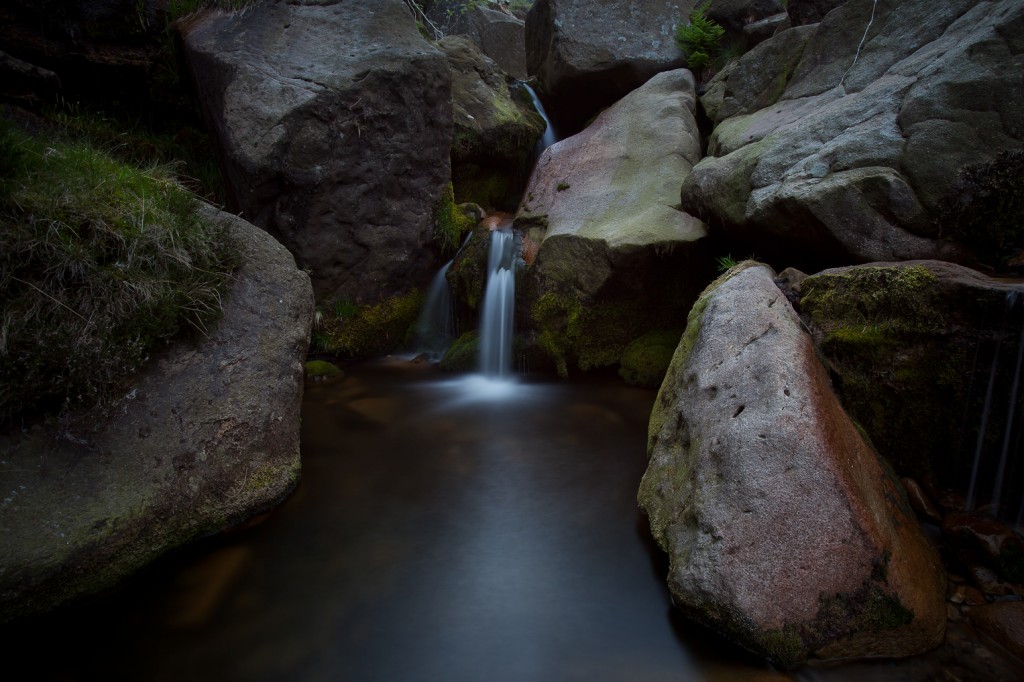 Very simple but hopefully effective shot of boulders at Edale as the stream trickles through rocks and make a gentle splash into the granite lined pool, 9 second shot so the water is creamy and reflective.

Been feeling quite low recently after finding out about a friends betrayal….not nice I know but then when you really think about it you shouldn’t let the little things in life bother you. This morning Joanne  said “I love you” which is something not said daily as I guess well most days she doesn’t!! by that I mean we’re not one of those couples who need false reassuring every day. And you know what I suddenly felt a lot better, a weight lifted from my shoulders and I can see clearly now with a purposeful direction. This must be what they call the power of love. Knowing you have each other fighting in your corner even if they don’t say it 20 times a day by text etc is all you need sometimes.

So this is for Joanne my ROCK

Shot used by Peak imaging, Sheffield to illustrate the impact their printing quality gives to photographic prints, I use them all the time and I am totally delighted with not only the quality but the friendly cant do enough approach they have with you as a client. They recently printed and sent shots to Spain for my client, they were there within 4 days and my client has them hanging on her wall now, see HERE 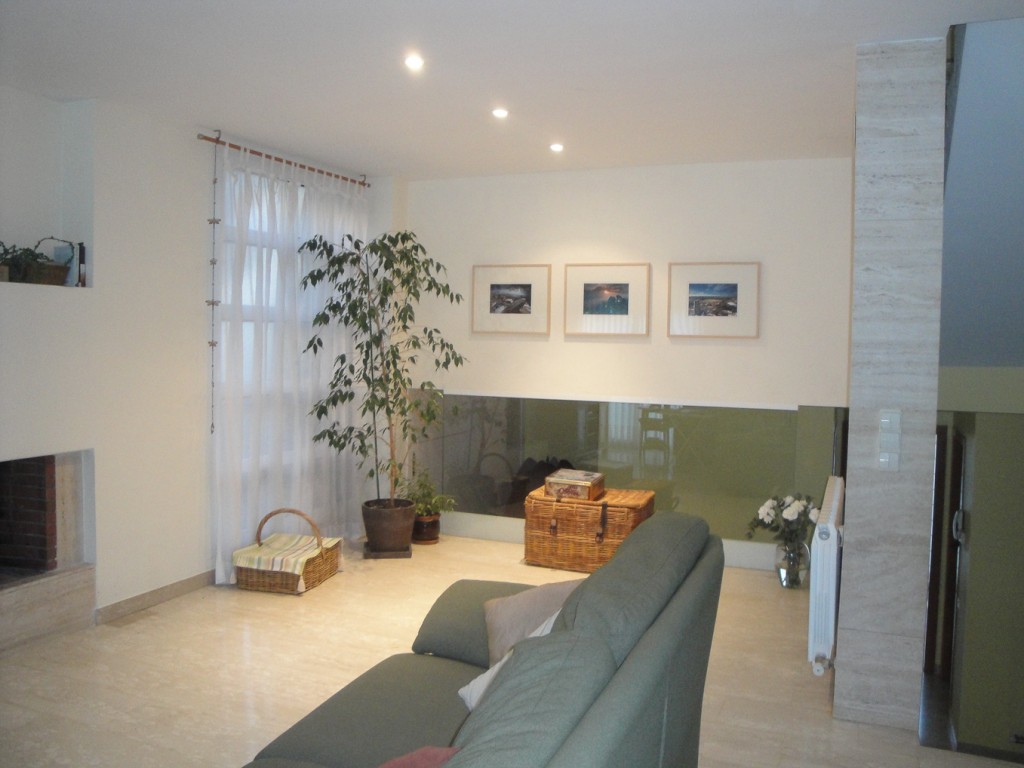 Well a big thank you to Alison who lives in a beautiful  Spain, lucky thing so close to the mountains one of my fav things. Alison bought 3 of my prints and has emailed through this morning the attached shot showing them in situ and  splendor in her beautiful contemporary house with gorgeous marble flooring, just perfect for those Spanish heatwave days, I’m soooooo jealous….

Just waiting for my invite

I hope you’ll agree they look wonderful and she has done them a great service with the wooden frame and deep mount, thank you so much, I hope they bring back fond memories of your upbringing in The Peaks area. 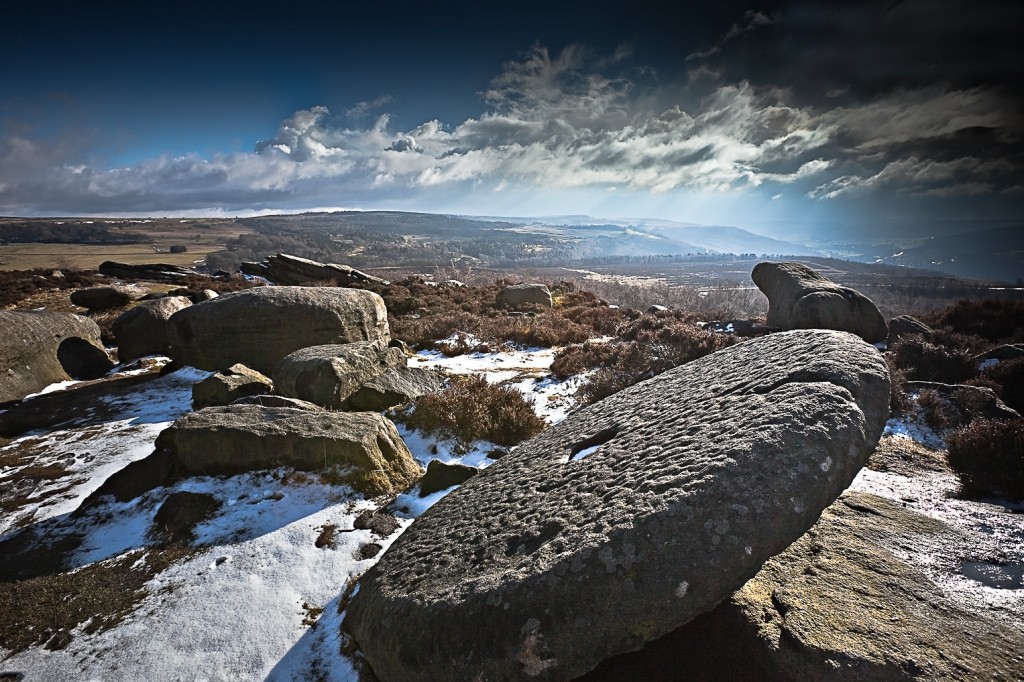 A big thank you to Rachel from Bristol, she is the 1st to buy from my new e-commerce site, and she picked one of my favourites, Over Owler Millstone In The Peaks, a very wintry shot freezing cold and in the distance you can see the snow falling as the sun shines through the clouds. Many Thanks