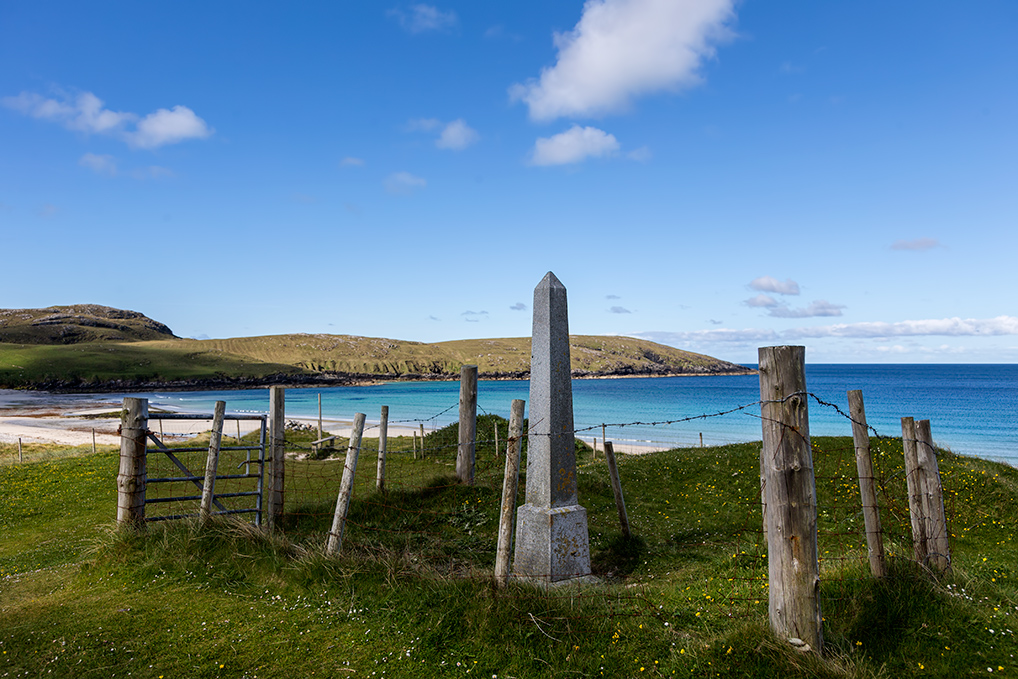 Sun is shining and the skies are blue, what more could you ask for…apart from the usual more money less work etc etc

Today’s image is of the monument on Vatersay which is linked by a causeway to Barra Island Outer Hebrides.

The monument is one of the saddest events to befall the island when the Annie Jane, a three-masted immigrant ship out of Liverpool bound for Montreal, Canada, struck rocks off West Beach during a storm in September 1853. Within ten minutes the ship began to founder and break up casting 450 people into the raging sea. In spite of the conditions, islanders tried to rescue the passengers and crew.[11]

There were only a few survivors rescued. A small cairn and monument marks the site where the bodies recovered from the sea were buried. An inscription reads:

On 28th September 1853 the ship Annie Jane with emigrants from Liverpool to Quebec was totally wrecked in this bay and threefourths of the crew and passengers numbering about 350 men women and children were drowned and their bodies interred here.

Two Chinese seamen from the SS Idomeneus, which sank on 28 September 1917, are also buried somewhere near the monument. There is a commemorative headstone in Cuier Churchyard.

The remains of a Catalina flying boat that crashed on the slopes of Heishival Beg in 1944 lie in a stream bed near the shore. 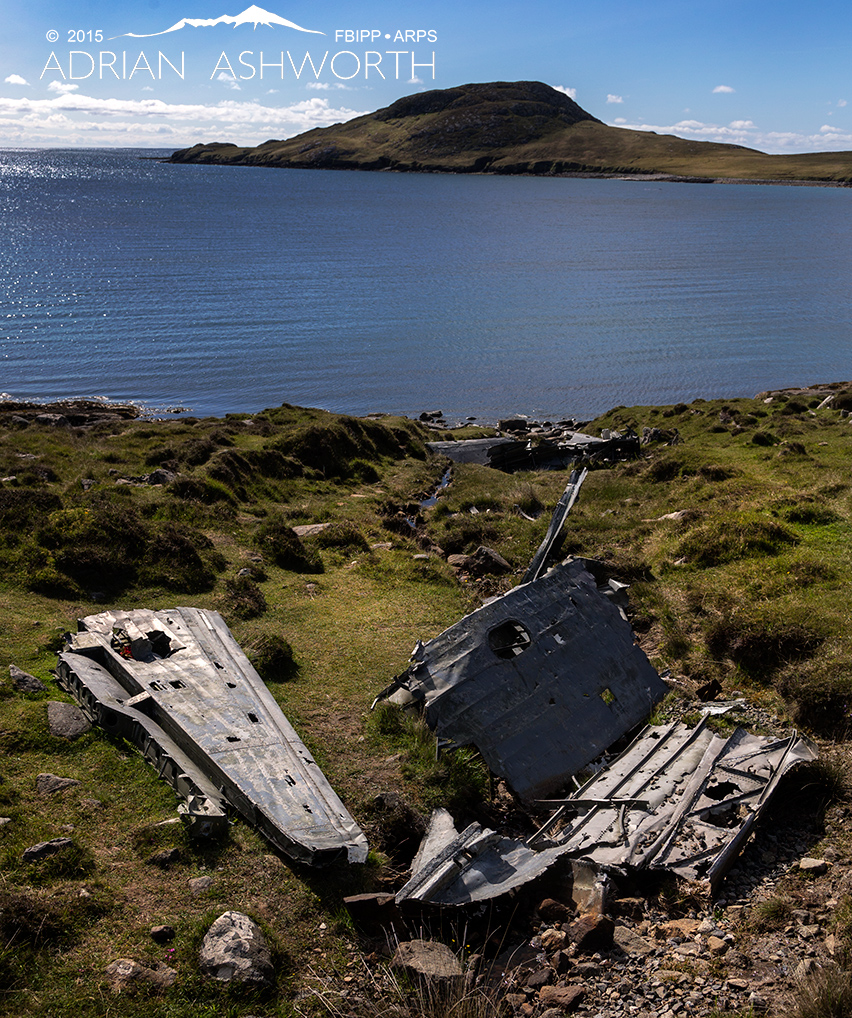 The monument erected to those who died in the crash, this is yards from the roadside. 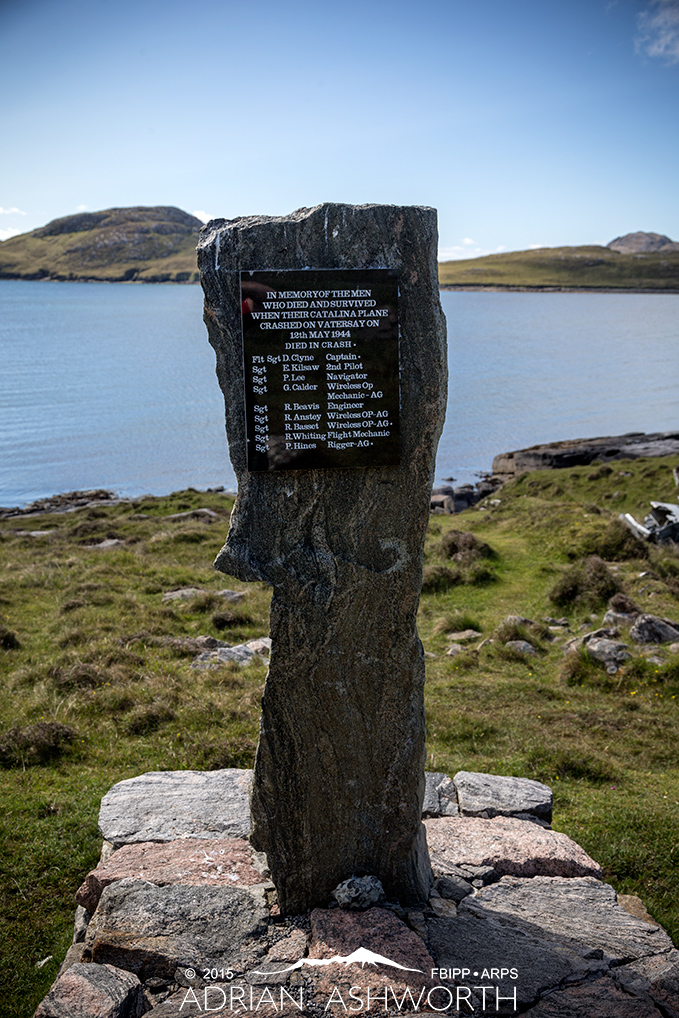 I’ll be going “dark” as they say for a while now as I have a lot on over the next week or two. Will catch up hopefully with some good news mid August fingers x’d

Have a great weekend and next few weeks all 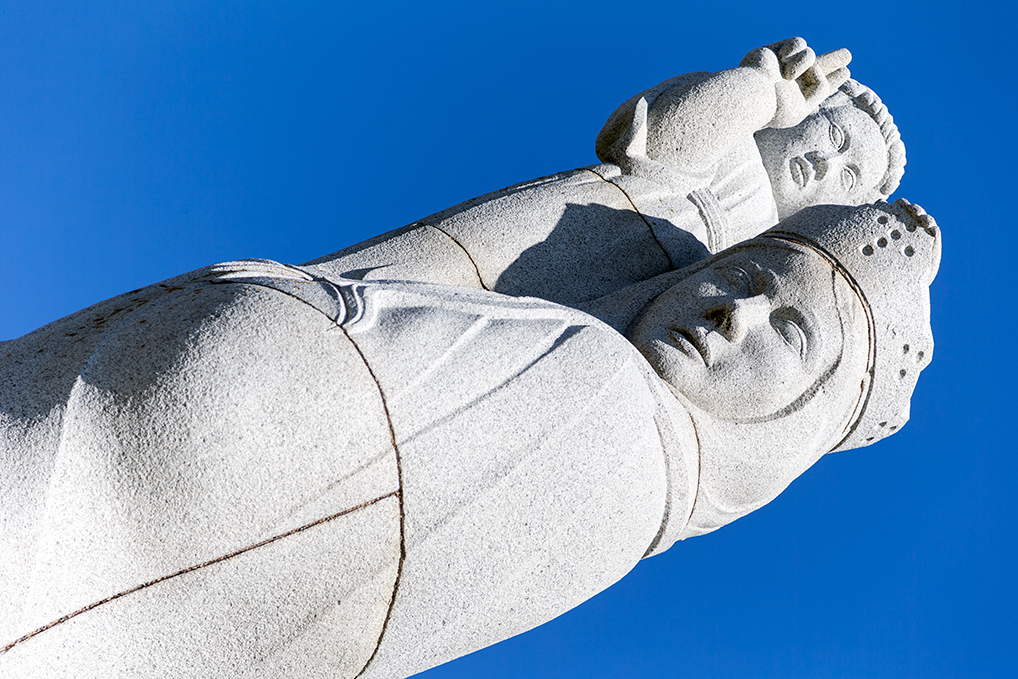 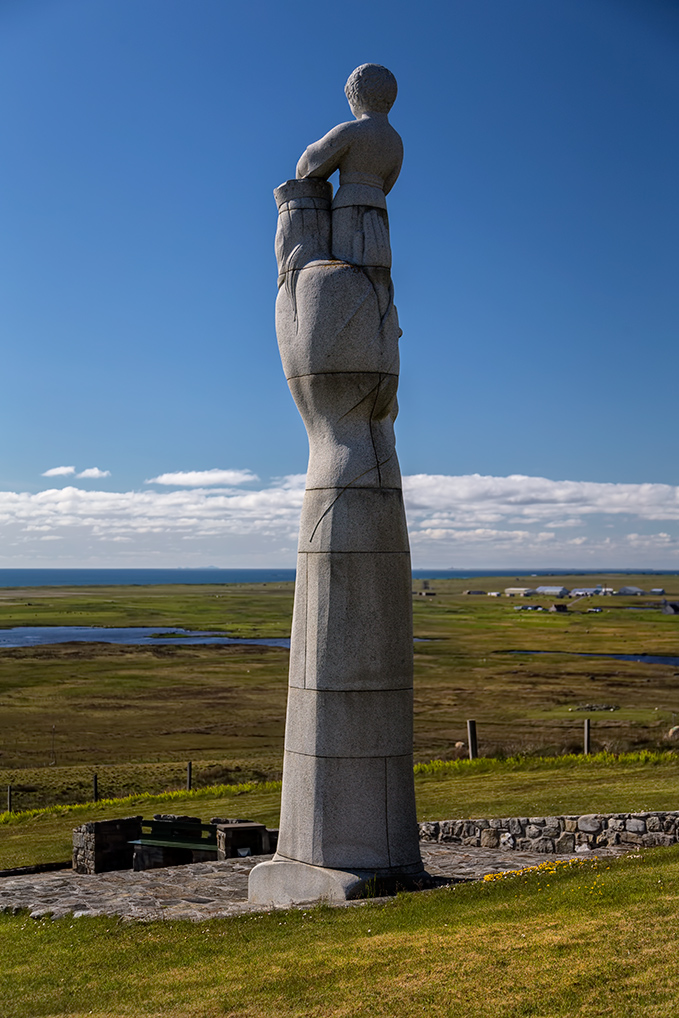 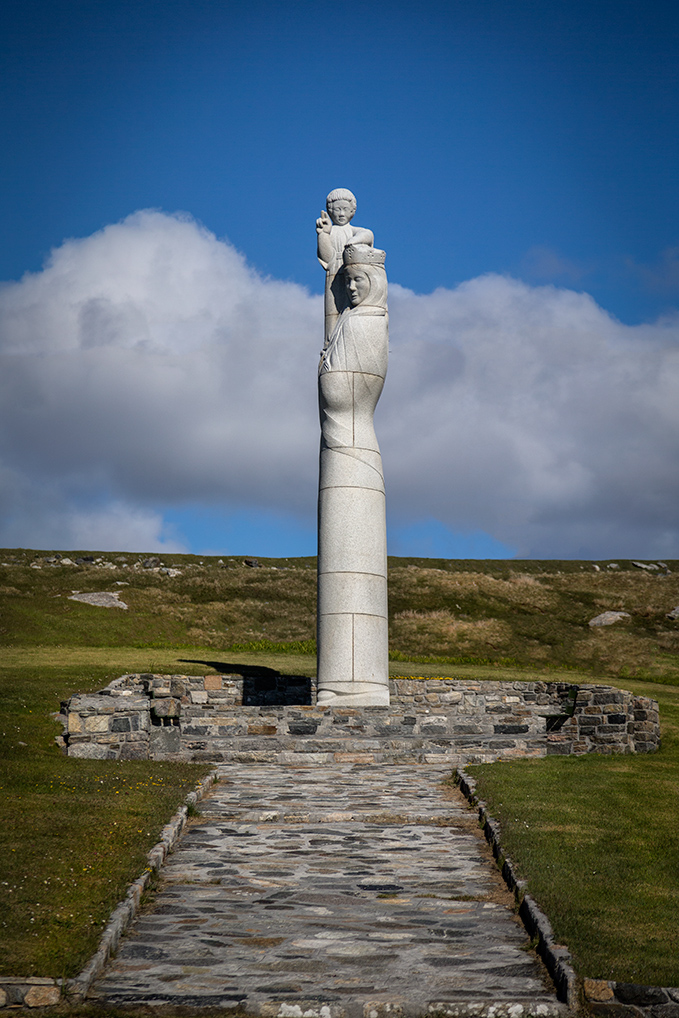 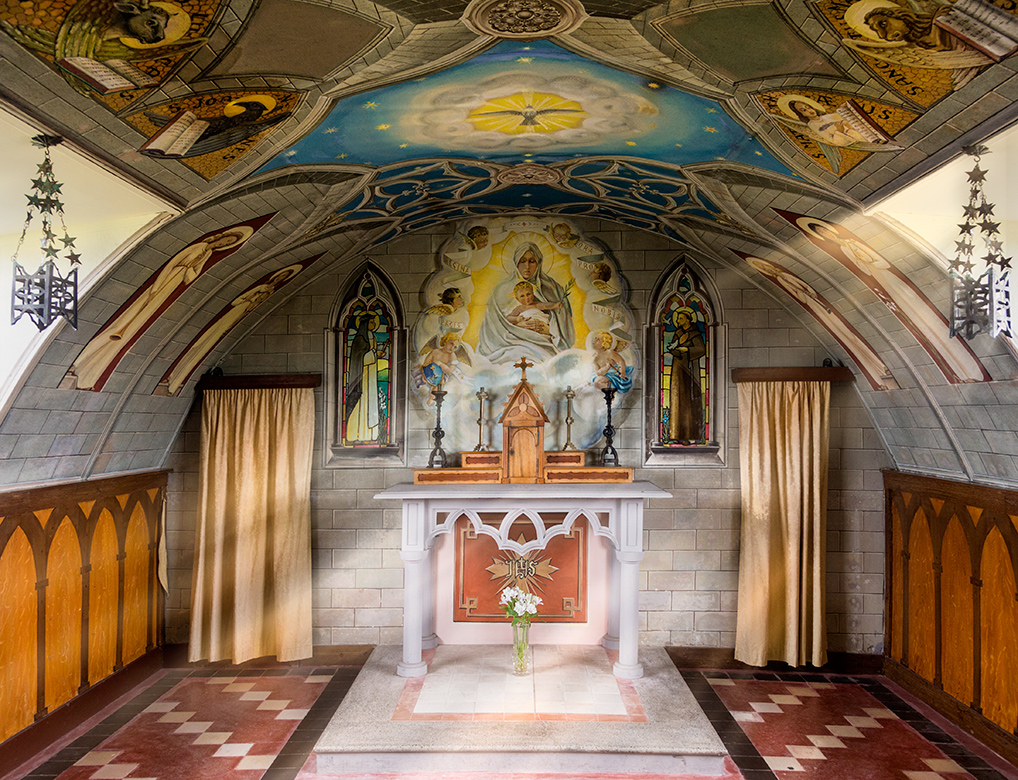 This small but very ornate Catholic Chapel was built on the small uninhabited island of Lamb Holm on Orkney during World War II by Italian prisoners. It was restored during the 60’s and received Listed building status A.

In my usual style of “must get the shot” I sneaked in and removed a table chairs and flowers to get as close a symmetrical shot as possible, much to the dismay of the American and Japanese tourists looking on, obviously never met a Yorkshire man before! I of course put everything back where I found it…I’m a good boy really, don’t believe what they tell you. 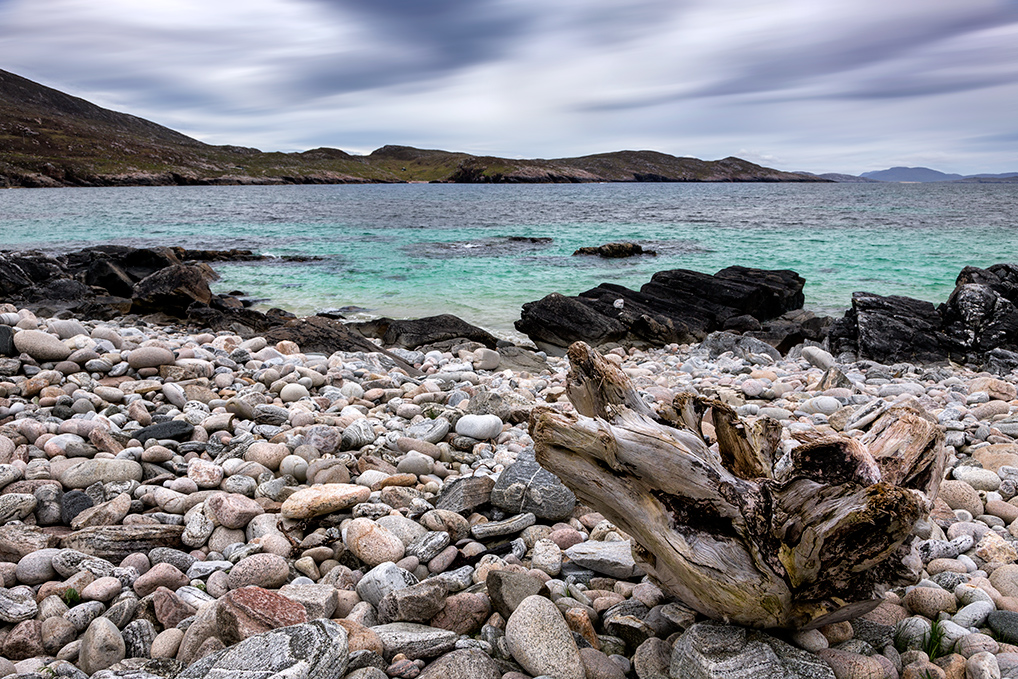 Thought I’d finish the week off with a beautiful shot from Vatersay Beach on Barra Island, Outer Hebrides. Probably one of the most beautiful of all the islands areas Vatersay has white sands, stunning pebble beaches and green blue seas all round it, I couldn’t resist the sea washed stump, I’d have brought it home if I’d the space in the Husky MoHo.

I didn’t realise how many decent shots from this area I had taken as the weather wasn’t exactly perfect but at least it wasn’t boring blue skies. I also managed to get the MoHo stuck in the sand dune, thank goodness for a lovely couple from Bristol and a retired gen t who together with Jo managed to help rock the van free, still don’t know how they managed it and I really didn’t fancy my chances with telling Green flag where we were stuck…..15 miles down a single track road/lane!

Anyway flying practice with the drone this weekend weather permitting and donating platelets on Sunday, haven’t done this for a while because of my knee op so it will be nice to catch up with the nurses my reading and choccy biscuits, oh yes choccy biccy’s, has to be done 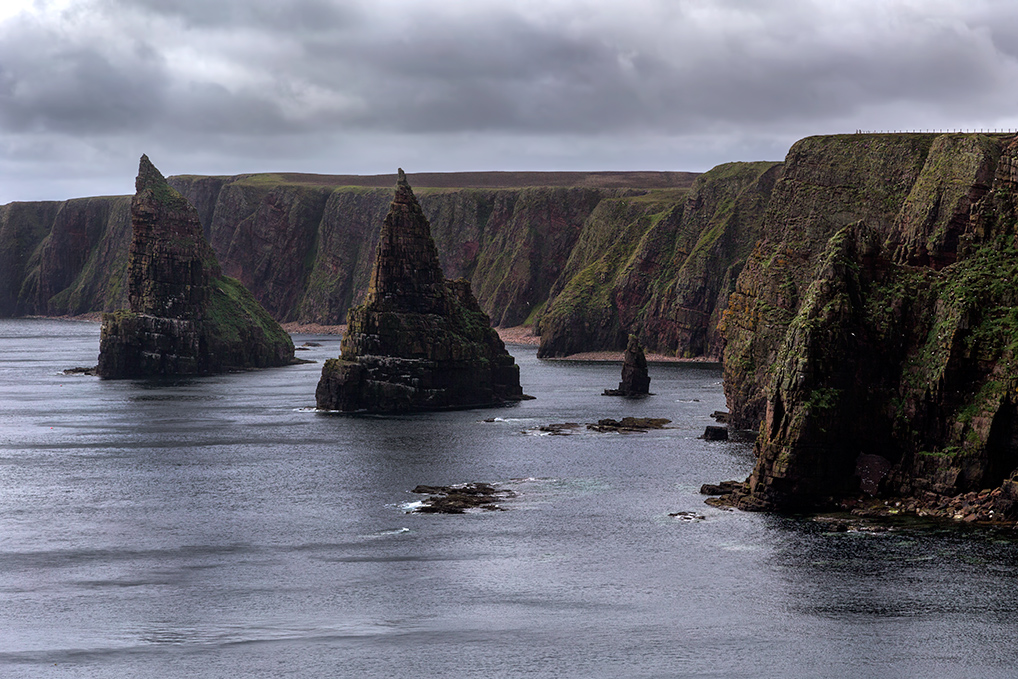 great for birdwatchers with kittiewake, guiliemots and razorbills to name but a few, take your hat in May and June you may get pecked or pooped on…..we avoided it but saw a couple getting dive bombed as they were close to the nesting edges.

A prehistoric looking place thats a definite on your tick list if visiting John Groats, great walk along the cliff top and around the coast. Fabulous views topped off with a stunning vista of the Stacks. 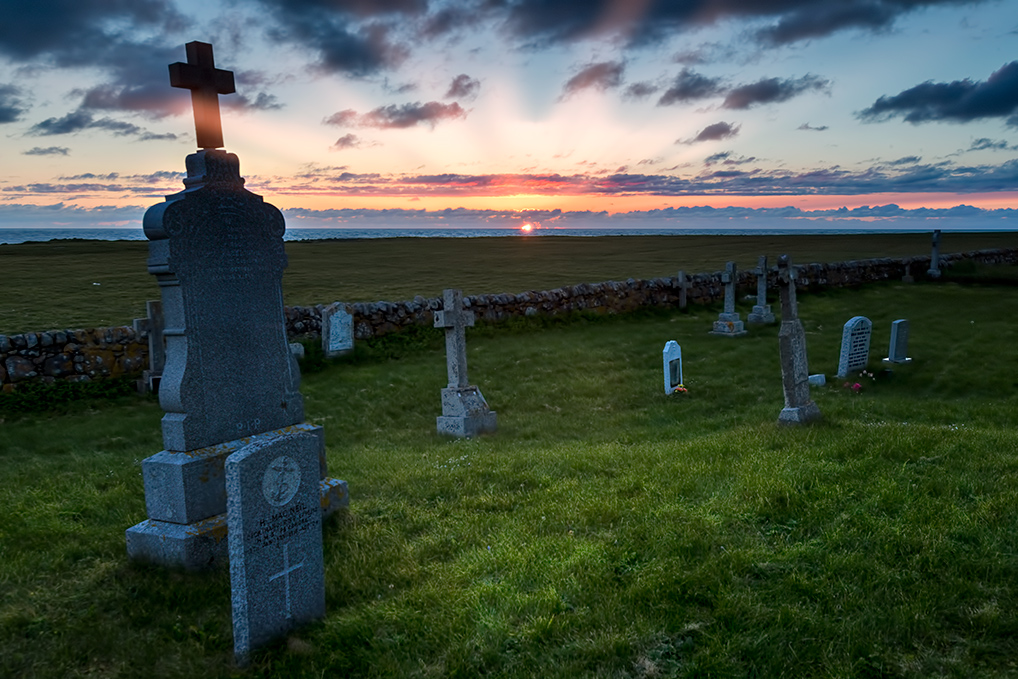 A  beautiful evening on the even more beautiful Isle of Barra. The commonwealth cemetery is at the north of the island and is accessed from the main road then through a field down towards the beach. It’s uncertain as to who owns the land but from what I have read it is looked after by the Parish Priest of Barra.

A note of caution should you decide to try this walk, COWS and BULLS, yup everywhere and a little too friendly for my liking especially with 4 huskies, we came back round the coast climbing and passing the dogs over barbed wire fences to avoid the interest shown on our approach……a little unnerving.

The cemetery is only about  a quarter of a mile from the camp site as taking a car here is a definite no no, there isn’t any parking and the main road is single track, at worst you could park a little further down the road at the hotel. 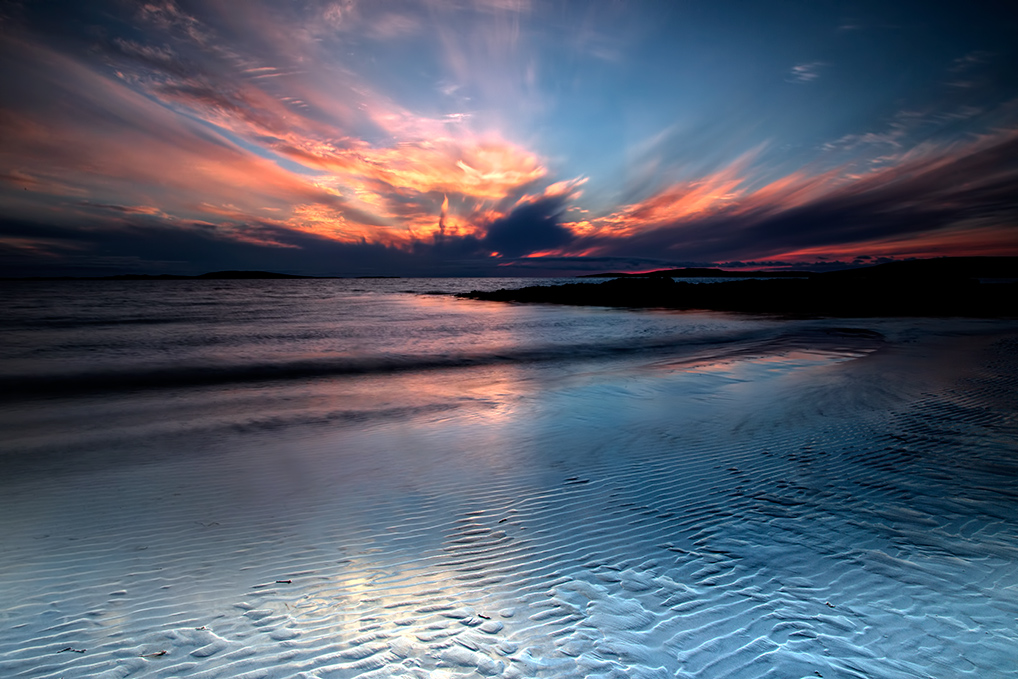 A straightforward walk along a beautiful wide sandy beach backed by Machair which is a riot of colourful flowers. Was really tricky to find this place and a lucky spot from the main road which says Cemetery & Beach.

Pretty hazardous drive down a dirt single track heavily pot holed. The cemetery is sort of built above ground in a mound which if I’d more time would have made a fabulous backdrop to a spooky type shot.

This place is a must for a stop over on North Uist, really quiet and peaceful with the most amazing views along the shoreline of an award winning royal beach. 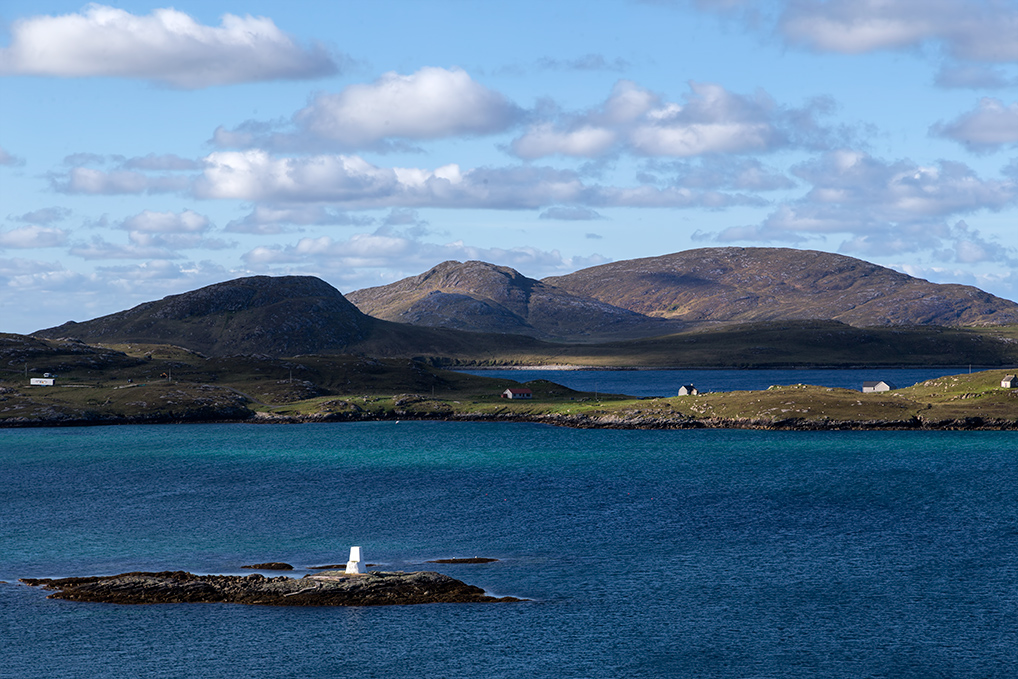 As the title suggest the Isle of Barra surely is the most beautiful of the Outer Hebrides, blue seas and white sandy beaches that go on for miles and as long as you get the weather then it’s as close to paradise as you’ll get.

If its beautiful scenery and peace and quiet you need then this is the place, you may come across the odd cyclist or other campers but apart from that it’s so peaceful and serine.

Today’s image is actually taken from the roadside, jaw dropping moment as we drove round a bend and this view came into vision, would have stayed there but we found and even more beautiful spot to wild camp, pictures to follow. 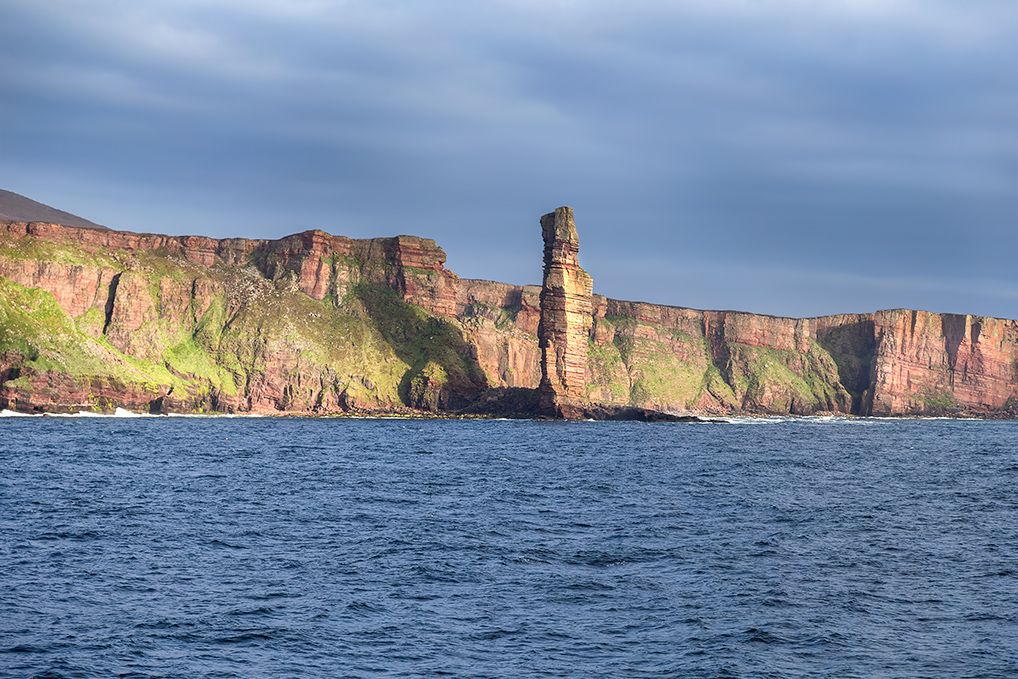 finally got 30 mins to do a little processing of my Outer Hebrides and Orkney shoot from a couple of weeks ago, even with all the rain I managed several decent groups of shots so I’m quite pleased with myself.

We have also booked for Ireland, I have so far identified 24 locations for shoot in 8 days so I’ll be a busy boy, at least the woofers will enjoy all the walking and no doubt rain !