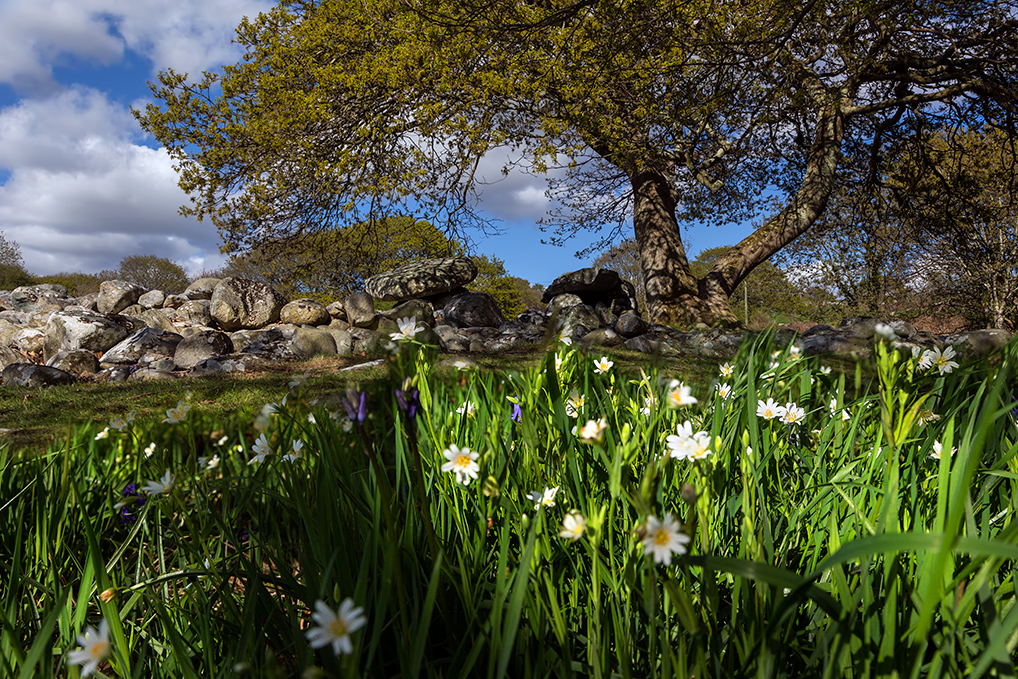 The oldest stone structure in Britain?

This double burial chamber, known as a portal dolmen, is considered to be one of the earliest examples of its kind in the British Isles. Believed to date to around 3500 BC, it is one of several such sites close to the village of Dyffryn Ardudwy near Barmouth. It has many features in common with similar sites in Ireland.

Originally covered by a large cairn of stones, the present monument consists of two exposed chambers with entrances facing east. Excavations carried out in the 1960s discovered numerous fragments of deliberately broken Neolithic and Bronze Age pottery, suggesting that the site was in use over a long period of time. Other finds here included a fine, though broken, stone pendant and two polished plaques made from nearby Mynydd Rhiw stone.

It is possible that Dyffryn Ardudwy’s proximity to the sea connected its people to other communities who shared their tombbuilding traditions. They were part of a wider culture, and similar tombs have also been found in South Wales, Ireland, western France, Portugal and Spain.

This wonderful tomb has been designated a Scheduled Ancient Monument and is currently being cared for by Cadw. 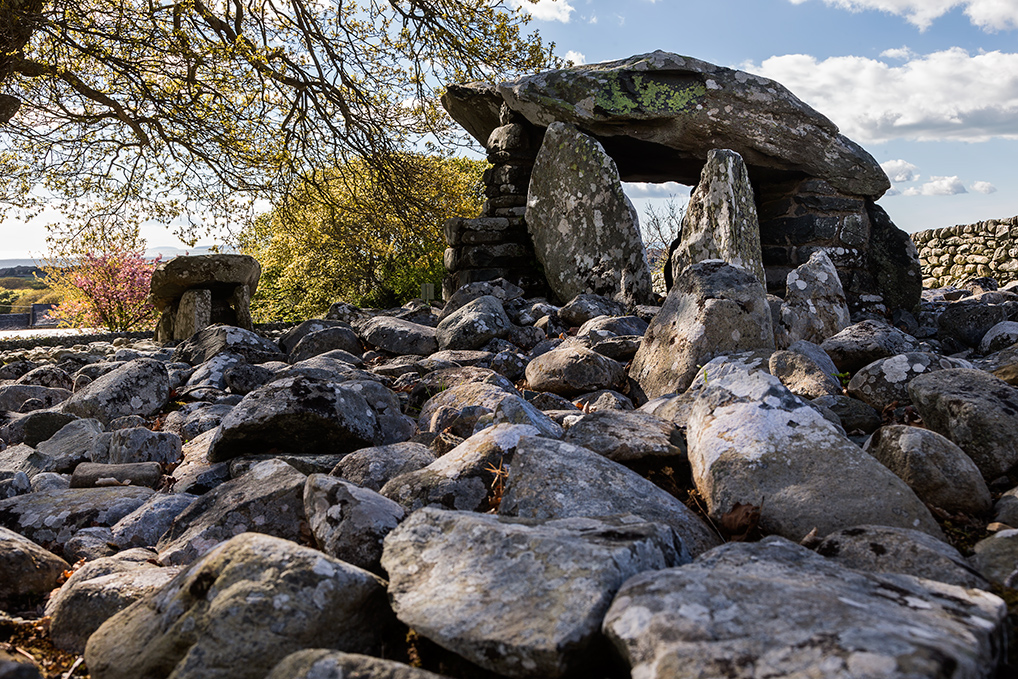 A beautiful walk up from probably one of the most beautiful stretches of beach Wales has to offer, it’s very well kept and the wild flowers are stunning in the sunshine.

This entry was posted in Pictorial, wales.